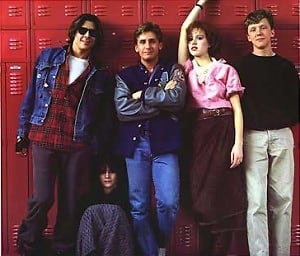 John Hughes' high school detention classic The Breakfast Club turned 25 this year. Although the beloved director wasn't around for the party, the Film Society of Lincoln Center's New Wave celebrated it with a screening and Brat Pack reunion at the Paris Theater and Good Units last night.

The Paris resembled a dressy sleepover party as a sellout crowd sang along to Simple Minds and prematurely laughed at jokes as a movie everyone had seen a dozen times on VHS and cable played on the big screen. Though in some ways an unmistakable product of the '80s, The Breakfast Club feels timeless compared to the raft of imitators that followed.

After the show, a shockingly rotund Kevin Smith waddled up to the stage to introduce the cast Q&A. His love of The Breakfast Club and Hughes was undeniable, even if he took a few too many detours from the movie and the man the night celebrated to crack jokes about his own roller coaster career, prolific weed habit and overactive sweat glands. You expect blue jokes from Smith, but I had to cringe a couple of times as Hughes' widow, Nancy, was subjected to the MC's onslaught of F-bombs and vaguely stoned recollections of adolescent self-love sessions to The Breakfast Club's shot of Molly Ringwald's crotch. (Turns out the crotch belonged to her stand-in, by the way.)

Ringwald, Ally Sheedy, Anthony Michael Hall and Judd Nelson were dressed to the nines as they took the stage, immediately making you wish Smith had left his trademark hockey jersey home for the night. At least he could say the outfit let him fill in for Emilio Estevez, who played the movie's jock and missed the reunion. Nelson, who you sensed wasn't too bummed about Estevez's absence, explained he was "shooting Mighty Ducks 5." 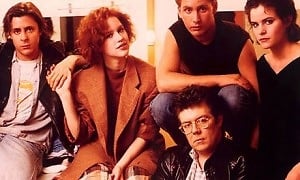 Unlike many a Q&A moderator, Smith was well-versed in the subject at hand and had the interesting questions to prove it. He introduced the four cast members as "a family," but their occasional, subtle snipes and stink eyes suggested a family whose holiday get-togethers require a well-stocked bar to avoid ending in bloodshed. Ringwald and Hall grumbled about Nelson's "method acting" that had him cursing out random real high school students on the suburban Chicago set and nearly getting fired as he prepped for the role of proto-grunge rebel John Bender.

But mostly this was a love fest about Hughes, who died last August, and his emphasis on collaboration (and allowance of extensive improvisation), even with actors who were barely out of puberty. (Smith, being Smith, asked Hall if he'd had pubes during the shoot.) Nelson in particular praised the man as he commandeered the Q&A with a series of rambling, borderline teary remembrances of the friendly "captain" leading his young "sailors." Sheedy did have to cut him off when he started in on his and Estevez's wild nights in downtown Chicago.

Outside the theater, a somewhat disturbing group of middle-aged men who were either lifelong Breakfast Club groupies or professional autograph hounds booed Ringwald as she made a beeline for her SUV and screamed at Sheedy, Hall and Nelson to sign their glossy movie posters. The audience made its way to Good Units for an after party that featured Hughes highlights projected on the wall, a dance floor bordered by high school gymnasium-style bleachers, and a playlist of Reagan-era Top 40 hits.

Sheedy made a cameo. But it was quintessential '80s nerd Hall, "the brain," who stayed out the latest. 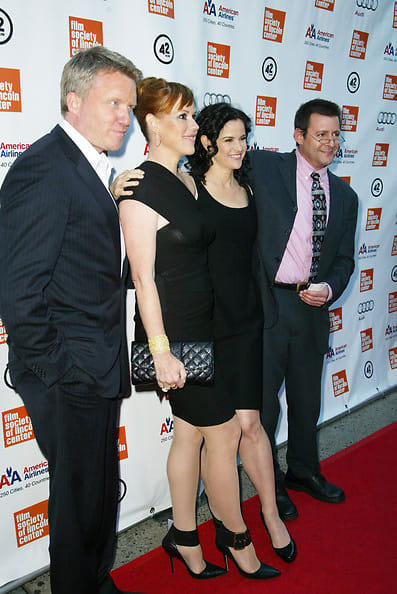