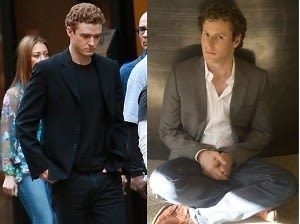 Producers of the upcoming Facebook movie, The Social Network, weren't sure whether or not to include a controversial scene of Justin Timberlake's character, Sean Parker, casually delivering a monologue while "a pair of teenage girls offer party-goers lines of cocaine from bared breasts." Parker's rep declined to comment to the NYT, which of course just makes us infinitely more curious: did that really happen?-

According to an anonymous source who spoke to the NYT, the movie's scenes were "largely made-up", and there can be no doubt that Parker has quite the reputation as a partyer. 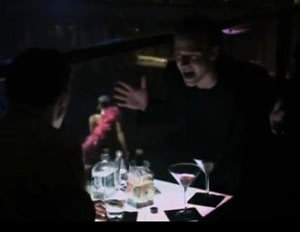 First of all, Facebook VC Jim Breyer allegedly insisted Parker, who served as Facebook's first president, be kicked out after he was arrested for possession at a house party. He was AT this house party with a female Facebook employee who was an undergrad at the time. So there's at least one official instance of Parker partying with a young girl and cocaine. No word on whether the girl was topless--that part may be a little bit of artistic embellishment on the part of Aaron Sorkin.

The whole cocaine/house party debacle took place in 2006. But a source had something quite interesting to say about a party held in 2008...

"I've never seen him to do coke but was at a party at his apartment and his driver had coke for people, huge caterpillar lines on a table set up downstairs and people were definitely partaking. Now, he might just be a really nice friend and not do it at all but have his driver get it for his acquaintances when they come party but that seems...unlikely."

Given these tidbits, and the fact that the guy named his mansion "Bacchus House", we're tempted to say the partying scenes are not among the fictional parts in the movie.