Catching a flick this weekend?  If you don't want to end up watching something equivalent in quality to Pooty Tang, take a look below to find out what's worth seeing and what's a definite skip.- 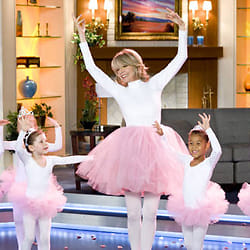 Rachel McAdams is cast true to form as an adorable go-getter who works as a television show producer. She must save her morning show and her career by getting the two co-anchors, played by Harrison Ford and Diane Keaton, to get along. From the looks of the trailer, the movie is filled with on-air hi-jinks and a lot of exasperated moments and cliched blackberry fiddling by Rachel. We're pretty sure she manages to save the day, though we can't confirm it.

Is it any Good?

It's got a 55% ranking on Rotten Tomatoes with top critics either panning it or responding politely luke-warm. Wall Street Journal said "This production is a mess for many reasons, most of them having to do with its frantic efforts to be funny," while New York Magazine says "Morning Glory isn't terrible. It has a lot of craft, a lot of star power, and a fair number of laughs. What irks me is that the filmmakers settle for so little."

When something is described as "not terrible," you may want hold off. Probably not something you'll be upset about spending money or time on, but you can do better. Wait to Netflix it unless you really love Rachel McAdams or think seeing Diane Keaton in a ballerina outfit is the height of hilarity. 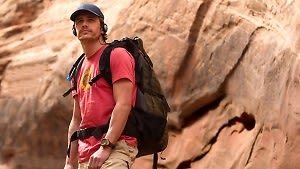 This is based on the true story of Aron Ralston, a climber who was trapped in a slot canyon in Utah's Canyonlands when his right arm became pinned under a falling boulder. Played by James Franco, the flicks major buzz is coming from the scene (Spoiler alert if you live cut off from pop culture and have not read or heard about "the scene") in which he cuts off his own arm.

The unanimous answer is yes. It's grisly, it's hard to watch, it's gripping. The trailer uses Brooklyn band Free Blood's "Never Hear Surf Music Again," which is just one more sign that this should be good.

Just ask yourself: How much do you want to see James Franco performing surgery on himself? 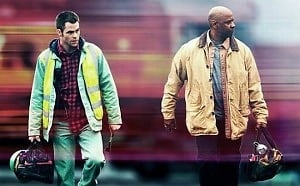 The flick claims to be based on actual events except there is no record of them except in the movie Speed. This is pretty much the same thing but the bus is replaced by a train (full of cute school kids!!!!) with Keanu's character filled in by Denzel Washington and Chris Pine. It's action-filled and suspenseful. Will they save the children?

The critics either really like it or really like puns.  There's the predictable "It's a runaway hit," the moderately amusing "This plot gathers steam," and "Forget about Superman, Denzel's more powerful than a locomotive." to the downright lazy "Unstoppable is unstoppable."

Probably your safest choice this weekend.

The biggest indie opening of the week, Lena Dunham writes, directs, and stars in this film about a recent college grad trying to find her place in the world.

From the looks of the trailer it should be funny. It made me laugh out loud. If it made you giggle too, this is probably the one for you.