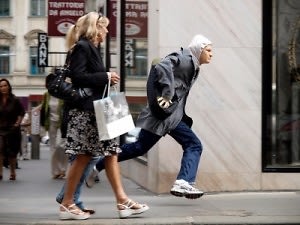 The 48th Annual New York Film Festival runs through October 10th. Benjamin Heisenberg's The Robber and Jorge Michel Grau's We Are What We Are are two of the festival's selections. Find out what I thought of them below...

A parole officer asks the freed Johann how he plans to race after his stint in the pen. How will he make up for the lost training? "I never stopped," Johann says. Heisenberg is similarly loath to let up. The Robber alternates between Johann winning races, sticking up tellers and starting an understated romance with Erika (Franziska Weisz), who works at the agency that helps ex-cons like him reintegrate with society.

Only in the domestic scenes does the film's pacing go slack. Johann's passions clearly lie elsewhere, and the glacial, glum sequences that make up the love story make a compelling argument for why. The loneliness of the long distance runner is in full effect here (Johann always works solo, whether on the marathon course or with gun in hand). A single-minded austerity pervades the film, with Reinhold Vorschneider's camera keeping still and cool, even in the rare moments when its stoic (though, in Lust's intriguingly minimal performance, sympathetic) subject's adrenalin rushes.

Heisenberg stripped the real life Rettenberger's story of psychology and background. The result is a sleek, efficient thriller about a man who, as one cop on his tail says, has to eventually "run out of breath." The Robber doesn't run out of breath. Sometimes you wish the bare bones movie had at least panted. 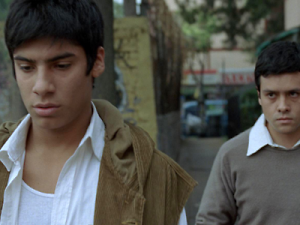 Somewhat less reserved is Jorge Michel Grau's We Are What We Are, a Mexican horror movie about a family of cannibals. The fitfully entertaining film recalls The Texas Chainsaw Massacre and Dawn of the Dead, but lacks the black humor, genuine scares and allegorical potency of both. Not that it doesn't try to become a twisted parable about modern Mexican corruption and violence perpetrated by bloodthirsty "families" on the fringes of society. Between its flirtations with camp (roving gangs of whores!), many homages (it would have worked better as a The House of the Devil-style send-up), undercooked subplots (something about one character repressing his homosexuality) and excessive vagueness (I didn't know if the family was made of cannibals, zombies or sadists until I read the production notes), We Are What We Are is too sloppy to condemn or make sense of another mess.