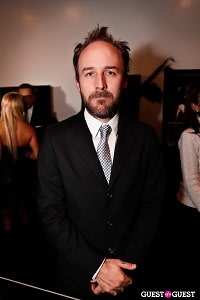 Blue Valentine got unanimously positive reviews at Sundance and has strong Oscar buzz. We caught up with director Derek Cianfrance at the Quintessentially and Stoli party at the Boom Boom Room to talk about the importance of having flaws, filming sex scenes, Tom Waits and Ryan Gosling's receding hairline.

Q: Making this film as real as possible was important to you. You even had Ryan Gosling and Michelle Williams live together for a month with their on-screen daughter and partake in family activities. Why was authenticity so important to you?

DC: Well I wanted to wait 6 years, the actual time period that lapses in the film, and the studios wanted to give me a weekend so we compromised on a month. It's 6 yrs between the two stories and you cant just turn around in a weekend and fake that, you know what I mean? It has to be some kind of shared experience and shared memory, so we lived in this house and we built memories. By the time we were ready to shoot we were ready you know.

There just came a point in my life when I stopped being able to relate to the fantasy in movies you know? I started to feel lonely after I went to the movies because I saw people up on the screen that weren’t like me. They were perfect and they spoke in perfect sentences and they knew exactly what they wanted and they had exciting incidences in their lives and cathartic endings and I looked around at the end of movies and I just didn’t relate to it.

GofG: The film was almost slapped with an NC17 rating because of the sex scenes.

DC: I wanted to take responsibility as a filmmaker to delve into scenes of sexuality with honesty and not sensationalize them, you know what I mean? Treat them as true and give sex---make sex a choice and have a consequence to those choices.

The sex scenes are very difficult to shoot. There’s a lot of improvisation in the movie, but for the sex scenes we stuck closest to the script just out of safety and security for the actors. You cant just---it's like doing a fight scene, you have to be careful with the fight scene, because someone is going to get their nose broken. You know their going to get hurt if they improvise and then you have to shoot the rest of the film with an actor who has a broken nose. You have to respect your performers, I want to respect my performers. I don’t want to gawk at them, I don’t want to exploit them in front of the camera, I don’t want to turn them into pieces of meat. You want to make an honest movie about honest people in an honest relationship, and sex is a part of that dialogue.

GofG: You and Ryan look very similar in the latter parts of this film. Was that intentional? 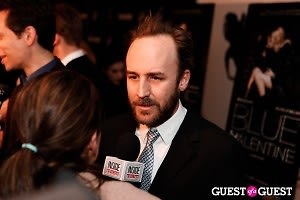 DC: No.  Ryan likes my receding hair line and he thinks I'm handsome and he wanted to try out what it is like to look like me with a receding hairline so I let him do it on the movie. You know I think he enjoyed it and he shaved his head. He had tried to fake a receding hairline like mine in another movie that he did and they wouldn’t let him do it because they said it compromised his attractiveness. So when he signed up for "Blue Valentine" I said “Ryan, it would be a great honor to me if you compromise your attractiveness for this movie,” and he did.

GofG: Why the title "Blue Valentine"?

Tom Waits has a great album called "Blue Valentine" with a song on it called Blue Valentine. He's just always been one of my favorite artists and musicians and meant so much to me in my life. It’s just such a great title that kind of captures the spirit of the love story I wanted to tell. It's more about the blues than it was about the reds.