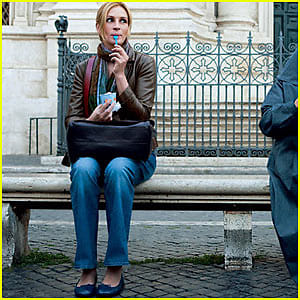 Unless you haven't turned on a TV or walked by a billboard in the past three months, you know that Eat, Pray, Love comes out Friday. But despite the movie's ad blitz, blockbuster source material (Elizabeth Gilbert's Oprah-approved book) and megawatt star power (Julia Roberts), its success is not guaranteed.

"Literary" pedigree aside, Eat, Pray, Love's weaknesses might lie in its supposed assets. Although Gilbert's memoir was heavier on romance, soul-searching and carb-loading than comedy, the movie adaptation is being marketed as an entry in the critically maligned rom-com genre. Despite two respected male co-stars (Javier Bardem and James Franco), it most definitely qualifies as a chick-flick. And as famous as Julia Roberts remains, the age of the star vehicle, when big names guaranteed big grosses, is long gone.

A look at this summer's abundant crop of notable movie duds gives an idea of the road kill Eat, Pray, Love will have dodge to avoid its own crash and burn.

This year, female audiences have (wisely) avoided many of the garbage tossed their way. In April, The Back-Up Plan fizzled despite Jennifer Lopez's (former?) marquee name. One of summer's earliest casualties was Sex and the City 2 the ur-chick flick that failed to crack $100 million, the amount it cost to produce. Weepies starring usually bankable Teen Beat sensations Remember Me (with Robert Pattinson) and Charlie St. Cloud (with Zac Efron) landed with a thud.

As for the demise of the fail-proof star, Robin Hood and Knight & Day dented the already bruised careers of Russell Crowe, Tom Cruise and Cameron Diaz.

There were a few estrogen-driven exceptions to the rule. But they either took advantage of a well-timed, if not manipulative, release date (Valentine's Day, which audiences promptly fled after its namesake holiday weekend opening), starred relative unknowns (Amanda Seyfried in Dear John and Letters to Juliet) or were chick flicks in action blockbuster clothing (The Twilight Saga: Eclipse, Salt).

Gilbert and Roberts are praying that huge audiences love what they see on Friday. But it might be less feast than famine at the box office.