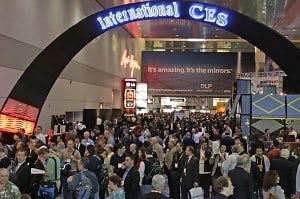 It's been awhile since we've checked in with the nerds. Thought "Avatar" was cool? Wait until you hear about 3-D Televisions. For everyone that doesn't know what #CES means, lets get started...

#CES is the hashtag on Twitter that all the dorks are using when they tweet about the totally awesome gadgets they are playing with at the "Consumer Electronics Show" in Las Vegas. It starts tomorrow and goes until the 10th. Many people left last weekend to be the first to arrive into town, in typical nerd fashion.

Think DVR has changed your life? Boxee is going to revolutionize it. Okay, I'm actually no expert on stuff like this, but didn't it make sense to start watching your internet on your television sets years ago? Yeah there have been some weird contraptions claiming to allow you to "browse the web" from your sofa, yadda, yadda; but no

w there is actually is a real solution to get movies, TV shows, music, and photos from your computer, home network, and the Internet with no PC necessary. No more kicking yourself over forgetting to DVR Gossip Girl, or waiting for movies to come on HBO in demand.

"Instead of sifting through millions of confusing Web sites, when users search on Boxee, TV shows and movies are delivered to them with the click of a remote control."[Gizmodo]. The new remote, complete with a full keyboard on one side of it, was unveiled yesterday. Geeks everywhere started stroking Zach Klein's ego.

Droid and Nexus One.

WTF is "Droid" and why is everyone talking about their phones? Droid is short for "Android" and, besides being another name for "robot," it's a mobile operating system that Google purchased in 2005. Verizon loves Droid phones, like the ones Motorola has offered. Forget all of this. The only thing you need to know is that HTC has built a Droid phone for Google called the Nexus One and it has been responsible for levels of excitement in nerdom equivilent to the first unveiling of the iPhone.

It's going to give Jobs some real competition and is "Unbelievable. Just unbelievable. Will blow your mind." -from a friend of a friend that works for Google (read: totally unbiased). What you really should be excited about is the fact that AT&T will no longer be the dominant provider (Nexus runs on T Mobile and Verizon though comes in unlocked forms as well), so we all will be experiencing less black outs in NYC. Other than that, Go HERE for everything you need to know about this "Superphone." 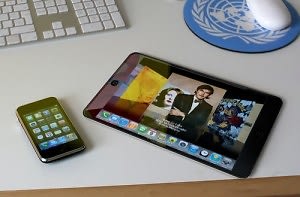 Okay here's how it goes down: Apple starts brainwashing consumers months in advance, promising amazing, revolutionary products that they are going to release that will change the way you live. Usually they do, which is why we all pay attention. TNBT is what we used to call them here ("The Next Big Thing"), though we've moved on to TNiP ('The Next iPhone"). And, no matter how much we hoot and hollar as to what TNiP will look like, the powers that be (Steve Jobs and co.) will always unveil it when they are god damn good and ready. This year it's supposed to be this thing called the iSlate and it will probs make the Google phone old news - at least among Apple enthusiasts.

Don't expect Apple to be at CES this week though. They notoriously beat to the tune of their own drum. There will be a "special event to announce a major product" on Jan 26th. Until then, we will all just have to put up with listening to the obnoxious nerd foreplay. Left is what Gizmodo thinks it may look like.

Everything Else - And It's Too Much To Get Into.

Of course there's much more to be up to date on, like the Android Ereader that even the Nook won't be able to touch (forget about the Kindle, if you have one, you might as well throw it away at this point. Only books, magazines, and newspapers available to read!? Phhhft!).

There's also really cool things happening like Square, not to be confused with the ever growing FourSquare (they went global btw; anywhere, everywhere, because it really was too bad we couldn't check in from Mrs. B's furniture store while home for the holidays, ya know what I'm sayin?) There's HotPotato, Grindr, UrbanSpoon, Twitter, Tumblr, etc etc etc. Everyone's App-ing and API-ing their shit (are those even terms?). There's loads of blogs to start reading should you care about this stuff. This is a good place to start.

Phew! It's a fast paced world out there in Nerd ville. It's hard keeping up with all of this technology in "real time." And that's not even touching the advancements in Augmented Reality and eCommerce. Isn't it just about enough to make you want to crawl into a hole and never come back? Well, don't do that. Lost is about to start it's final season. Just do what I do. Crawl up with a real life book, grab your land line (yeah I have one-so?), and call your parents who are just learning about BBM.

*I don't care how outdated the Kindle already is, I really enjoyed reading "Consider the Lobsters" on it, mainly because it has a built in dictionary which totally comes in handy when reading anything by David Foster Wallace.