New Yorkers have lived under a nanny state for the last decade. But the past month or two have felt like a May sweeps double episode of Supernanny. And if whorehouse operators can't beat the law, who can?

Here's a look at the scolds' targets:

Brothels and Strip Clubs: Ok, so these guys don't really fall under the nanny st 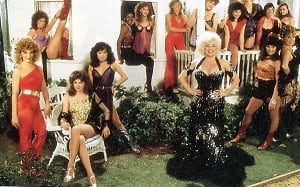 ate description since they've always dealt with close government and law enforcement scrutiny. But two news items this week suggest times might be tougher than ever for proud houses of vice. First, lawyers continued to plan a class action lawsuit against midtown mammary mecca Rick's Cabaret. Then Louis "Big Daddy" Posner begged and pleaded in front of a judge for a lenient sentencing that would keep him out of jail (and out of strip clubs forever, but on 5-year probation) for running what the ever-delicate Post refers to as one of the "biggest whorehouses in Manhattan."

Clubs. Another perennial target of the City. But with added ammo from policing smoking violations, recent club crackdowns have had a distinct boarding school proctor vibe. The latest: M2 Ultra Lounge, already suffering from a litany of Snoop Dog-related woes, closed down last night after inspectors cited lax security. On the bright side, the Chelsea megaclub had a cameo on The Real Housewives of New York last night!

Hostels. The preferred lodging place of carousing college kids and hippie-ish backpackers the world over might be going the way of the automat in New York City. Last month the fuzz raided Lofstel in Williamsburg. Then last night 100 guests of Harlem's L-Hostel were forced from their cheap temporary digs after the Department of Buildings found the building only had one staircase. Which sounds like the Ritz compared to a hostel I stayed at in Amsterdam where the only means of conveyance between floors was a ladder more or less perpendicular to the creaky floor.

All of this comes on top of a proposed sin tax on soda, a major salt reduction in city restaurants and a crackdown on street art vendors.

Republicans might be the "party of no." But New York's famed bureaucracy isn't too far behind. Officials might learn a lesson from a beloved nanny of yesteryear about a spoonful of sugar helping the medicine go down.