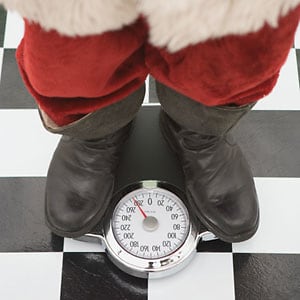 If the biggest present you got over the holidays was a spare tire or some extra junk in the trunk, watch out. Beautifulpeople.com, a dating site for the genetically gifted, might just kick your fat ass to the curb!

The website (which the Post swears is "popular" despite no one having heard of it until now) gave the boot to 5,000 members who spent their holidays adding a layer of pudge to ward off the winter cold.

"Letting fatties roam the site is a direct threat to our business model and the very concept for which BeautifulPeople.com was founded."

On the bright side, American won! The USA had the most expelled lardasses, with 1,520. We decimated runner-up England, which had 832 chubbies in desperate need of a Spotted Dick intervention. This didn't surprise managing director Greg Hodge:

""The USA has been grossly over-indulging since Thanksgiving - it's no wonder that so many members have been expelled from the network. We hope they will be back after shedding the festive pounds."

Here's Hintze himself (left in both) in pictures from summer swimsuit season. While we usually don't condone the shallow mocking of appearances (honest!), this guy is asking for it. So step away from the buffet and dig in here! 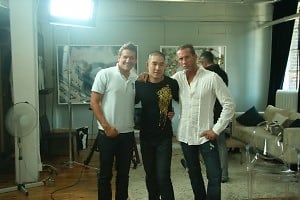 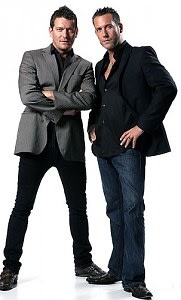 (Photos HERE and Courtesy of fashionstyleblog.com and thestar.com)