1. Joaquin Phoenix returned to see David Letterman last night. He defends that he wasn't in on the joke, and was happy that the first interview made it into the film "I'm Not Here." Though he jokes that he would like some compensation for the publicity he gave Phoenix. The video is now up in full on you tube:

And, here is a great read by Alex Balk on the brilliance of J Phoenix and Casey Affleck. [The Awl]

Clearly, Letterman is having the best week ever (and it's only Wednesday). Next, go watch as Snooki teaches the Tonight Show host how to properly Fist Pump: [Snooki On Letterman] and [Alec Baldwin on Letterman]

2. This Etch-A-Sketch case for the iPad makes me almost want to cave in and buy the thing already before the next iteration comes out...[Link]: 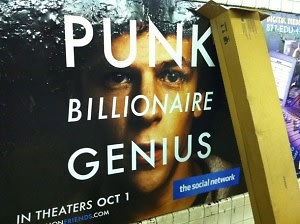 3. The Social Network is officially premiering tomorrow morning in at the NY film festival. Here's today's latest roundups of what movie critics are saying (it's all good!) [Defamer]

My partner, Cameron Winklevoss and his twin brother Tyler, portrayed in the movie by Armie Hammer saw the film for the first time yesterday with Bloomberg Businessweek. Hear what they had to say about the film here: [Buisnessweek]

Also, Mark Zuckerberg went to a screening of the film near Seattle. Tweeters spotted him. [Valleywag] Shortly after, he decided to give $100 million to Newark schools (the country's worst performing public school systems). [WSJ]

4. Sesame Street pulls Kate Perry after her Elmo duet is deemed too risque. [NPR]  I didn't even know Perry was going on Sesame Street but, the video (and the long thread of comments that are responsible for the banning) is below and it's pretty amazing:

5. Bill Clinton's diet. Let me save you from watching the video of the former President revealing his secrets to Wolf Blitzer on how he shed the weight.  Bill whips up a nice protein shake every morning (it has almond milk in it). He then is basically a vegan the rest of the day.

"I did all this research, and I saw that 82 percent of the people since 1986 who have gone on a plant-base, no dairy, no meat of any kind, no chicken, no turkey—I eat very little fish, once in a while I'll have a little fish—If you can do it, 82 percent of people have begun to heal themselves."

6.  Mattel introduces new journalism Barbie. [Boing Boing] I agree with the sentiments from the writers of TimeOut NY's Tumblr: a. wtf side bangs and b. do any journalist we know actually dress like this?! [TimeOut NY] 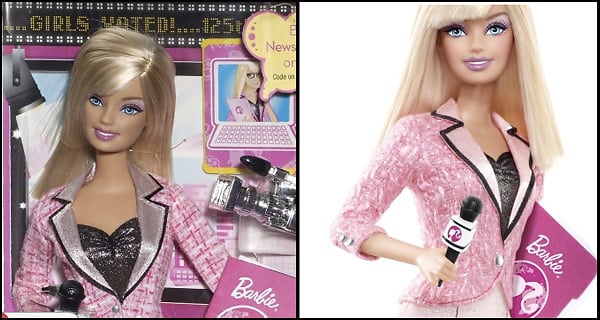 7. Condé Nast launched it's iPad app for Gourmet with partnerships from notable foodies like Eater.com, Serious Eats, Epicurious and Concierge. One of the first articles is a Q&A with Julianne Moore [Lockhart Steele's Tumblr]

8. Here are the 100 best first lines from novels as reported by the American Book Review. An awesome page to book mark and use as procrastination material. [AmericanBook Review via Emily Posts] 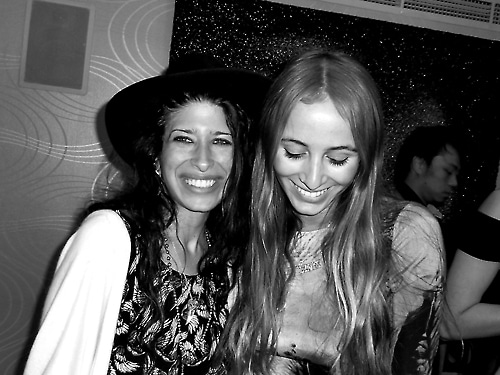 The photos, like the one on the left of Pamela Love and Harley Viera Newton at the Emilio de la Morena cocktail party at Harvey Nichols, make you feel like you are really there.

11. Tina Fey explains to Jimmy Fallon how she got so drunk at the Emmys: By trying to keep up with Jom Hamm! [Gawker.tv] 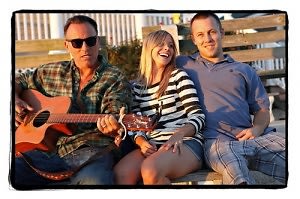