Slow moving morning...I had an absolute blast with Paper Magazine and their crew at the Sixth Annual Nightlife awards last night. Stanley is still in his doggie bed, the poor guy gave everything he had onstage with Just Jared at Good Units Last Night (he presented Nur Khan with the best restaurant with a nightlife scene award for Kenmare). Here is what he's missing this morning:

It was a long night for Stanley: 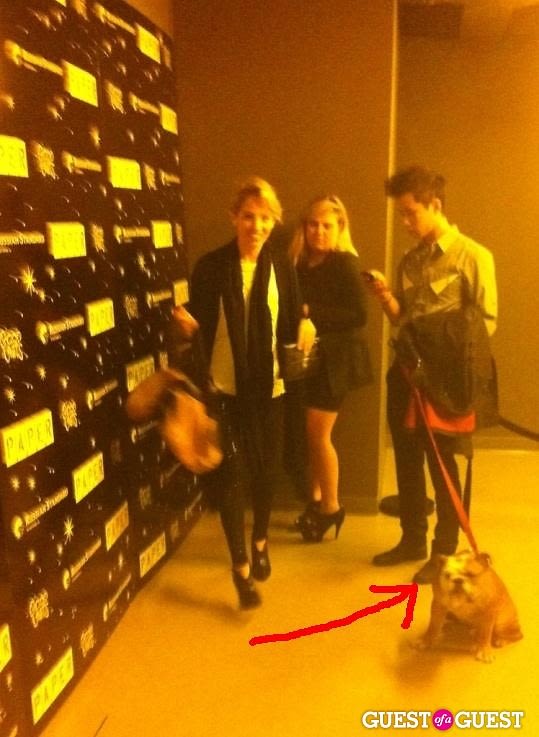 2. 30 Rock's First Live Show. Was last night. I haven't seen it yet so I can't really say much about it, however, I think this is a useful post on the 17 differences between 30 Rock's East Coast and West Coast Live Episodes. I literally can't wait to watch! [NYMag] 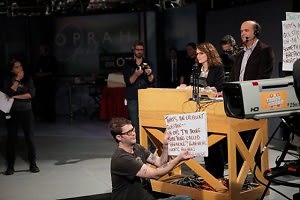 Inothernews.com live-blogged the entire episodes with screenshots like this. [InotherNews]

3. Fortune's 40 under 40 list is out. it's amazing how many of the over achievers are in online related ventures. Shout out to Foursquare's  Dennis Crowley. [40 Under 40]

5. Jon Stewart and Stephen Colbert join forces for Rally for America. I've already talked about the buses that Arianna Huffington (of Huffington Post) is providing free of charge for anyone that wants to head down from NYC to DC for the Rally, but Oprah one up'd her and offered her audience all free FLIGHTS to the rally. Watch the diva live on last night's show here: [Oprah] 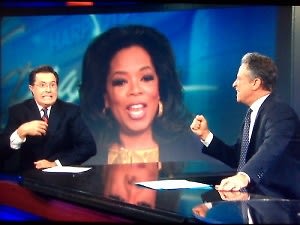 6. Introducing Hipsters Incorporated. This piece on NYMag's Intel on Aaron Bakalar and the Collaborative Agency was great. I especially loved this dig-that-I'm-taking-as-flattery: [Intel]

"'After skateboarding I'll need a career or something,' says Olsen. 'Maybe I'll make a music video or something. Ha, I really don't know! I have some ideas. I'm up for stuff.' Good thing. After all, as Bakalar points out, 'None of us are going to be on Guest of a Guest forever.'"

7. Pee-wee Herman is all over the place. Really though, were Michael Jackson still alive, he would no doubt be contacting the team behind Paul Reuben and making a serious offer on image consulting. Reuben makes his Broadway debut next week (Oct 25th), but not before taking on social media companies like Foursquare, Twitter, and Tumblr, hosting the Paper Magazine awards (on which he is on the cover), and robbing a candy store with Regis Philbin: 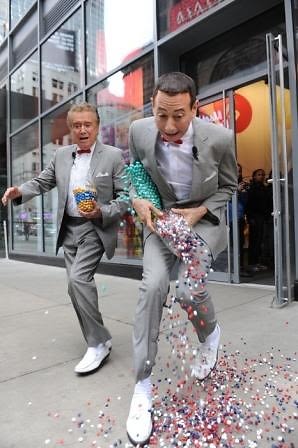 It's good to have him back isn't it?

8. A cautionary tale. The 21 Year Old entrepreneur that blew millions in one year on gambling and girls. This is a sad story of Andrew Fashion's rise and fall via MySpace. Buisness Insider did a Q&A with the guy. [Business Insider]

9. In the U.S. you are never more than 115 miles away from the nearest McDonald's. Check out this map for a visual. On the one hand, this is super sad/depressing/lowbrow representation of a big problem with our country. On the other hand, it's sort of amazing from a business point of view. [Tumblr]

10. George Clooney meets with President Barack Obama to discuss the situation in Sudan. I know this was a couple days ago, but how cool is it that our White House administration has a flickr account? With photos like this on it?! Say what you will about their political capabilities, the Obama administration wins at social media. No question. [Flickr] 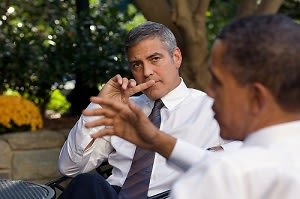 [George is looking so pensive!]

11. The Ratio Finder. Now here, here, is a site that is useful! The Ratio Finder takes data from real time web tool, Foursquare and tells you which places have a higher ratio of female or male check ins (depending on your interests). Genius. [Ratio Finder]

12. Nebraska Football. I don't know what it is about the Huskers. I guess that old adage is really true: "You can take the girl out of Nebraska but you can't take the Nebraska out of the girl" (something like that). Anyway, I don't get into sports. Ever. But for some reason each fall, I can't resist the inbred pull towards Husker Football. They have a new quarterback this year and are looking really swell. This Saturday they are playing Texas for the first time as a Big Ten Team. People are talking, etc. [Carlinek] 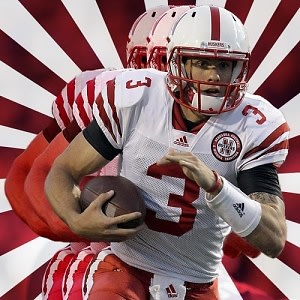 Go Big Red! (I promise, I will try and make these Husker shout outs very few and very far in between).

13. Because I just put up a photo of a Husker Quarterback, here's some Kate Moss: See it's a give and take. Here she is modeling for Q Magazine with David Bowie back in 2003. (Photo by Ellen Von Unwerth). 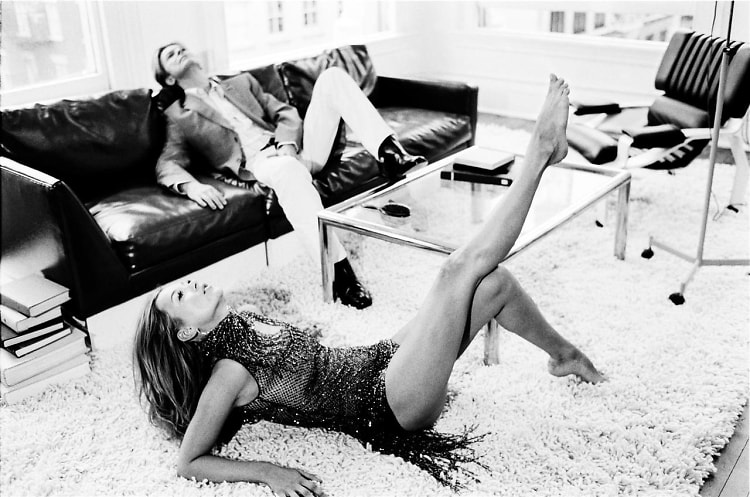 14. Finally, A very very Happy Birthday to my beautiful sister Renee. She turns 29 today and will, I'm sure, be emailing me with grammar mistakes on this very post within the hour. I still can't get over how lucky I was to land her as mine.

That's all for me today. Do you have something I should include in Monday's Read? Email me already! Rachelle@guestofaguest.com.