I've been secluded in the red wood trees of Big Sur (The Esalen Institute-not joking), and admittedly have been away from Internet and my iPhone for the long weekend. Regardless, below is me trying to make sense of what my tumblr friends seem to have been talking about while I was away....

1. Street Artist Banksy developed the intro to the Simpsons episode this Sunday. Al Jean, the executive producer of the show contacted the artist after seeing Banksy's film, "Exit through the Gift Shop." Video of the intro below: [CBC News]

2. Gawker's Nick Denton was featured in the New Yorker, out yesterday. In typical fashion, insiders took to the regular social media platforms to voice their two cents. [Village Voice]

In related news, David Carr writes about the vanishing journalistic divide in the Times. [NYT]

Anyway, Denton may be the most despised man in online media. Sound familiar? Rex thought so too: 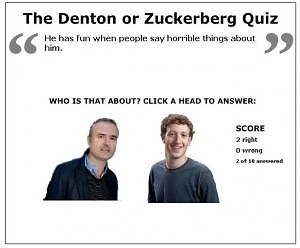 3.Gap had a major f-up with their new logo design. Fans, designers, Tweeters everywhere complained so loudly that the company is announcing a "design our new logo" campaign on their Facebook page. Social Media +1. [Mashable] Related: In what seems to be the best thing to come out of the mess, this website, Gapify, shows you what would happen if the designer of the Gap logo was hired to re-do some of the most recognizable logos in the world (left). [Gapify.com]

4. Inside the "Heir and Heiress camps;" Nancy Cook goes inside the boot camp type programs set up to let the wealthy mingle and speak honestly about their financial concerns without worrying about populist backlash. [Newsweek]

5. Foursquare is officially the coolest place to work in NYC. [Foursquare's guest] 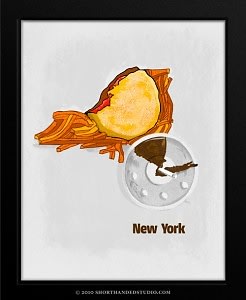 6. The United Plates by John Holcomb. Left, a burger, fries, and over-filled coke. This is the art for the state of New York. It may not always make sense (my home state, Nebraska is depicted using fresh fruit?), but it's still fun to check out. [United Plates]

7. A list of the small, independent magazines worth checking out. [Magculture via AnrewRomano]

8. Courtney Cox and David Arquette have announced their separation. There are, of course, more details that you can find here: [Gawker]

9. Wall Street is on track to pay its employees $144 billion this year, breaking a record for the second year in a row, the Wall Street Journal reports. Despite financial reform intended to curb compensation, and a steep decline in trading volume, pay in the financial services industry has shown few signs of fading. [WSJ]

10. Jon Stewart has announced the official location for his Rally to Restore Sanity on October 30th. (It’s on the National Mall, near the Capitol.) Ariana Huffington is running free buses from NYC to DC and so far, over 11k people have signed up! [HuffPo]. Gawker is also getting in on the action by hosting live coverage of the rally over Facebook. [Gawker FB] 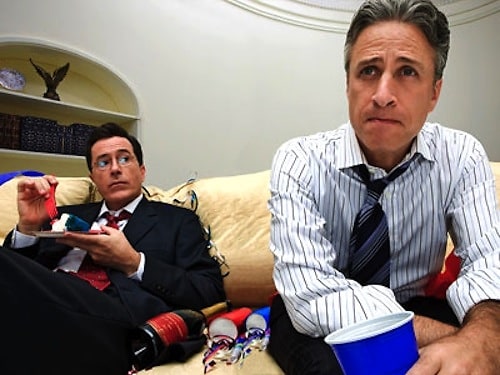 11. How Many of Me? I just found out that I am the one and only "Rachelle Hruska" in the world. Pretty good way to start off the day. Go find out how many people bear the same name as you here: [HowManyOfMe]

13. Google cars drive themselves. In traffic. Welcome to the future. [NYT]

14. The most expensive plaid shirt ever. [SarahKunst]

15. Mother Nature winning. Apparently last night there was a massive hail storm in New York. There are home videos sprouting up everywhere: [SoupSoup] That news, along with this striking photo of what appears to be a lightning rod hitting the Statue of Liberty last month are exciting victories for Mother Nature. [Inothernews] 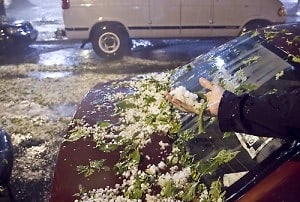 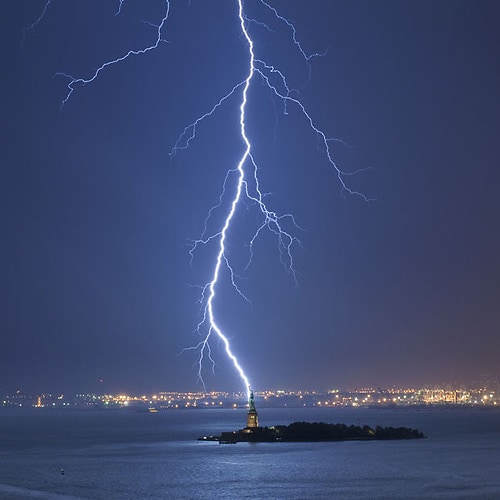 That's all for me for today.

Do you have something to include in my round up tomorrow? Email me: Rachelle@guestofaguest.com.