Fall is definitely here in NYC. And, in honor of the change of season, I have decided to mix up the office (new writers starting, new office set up, etc). After the first real fall weekend spent in the city, I'm even more excited about what the coming months have in store. Here's what's on my mind today:

1. First Fall Weekend, NYC. I had a really great New York City Fall weekend. Highlights included brunch at the Waverly Inn (they are now open to ANYONE for brunch on weekends and the menu is incredible-try the scones!), a run on the West side highway, dog walks, motorcycle rides through Times Square, dinner at Giorgione's (with even a handshake from Giorgione De Luca himself), and: 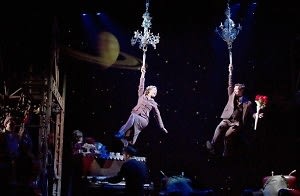 "Brief Encounter" on Broadway. Based on Noël Coward's famous film, the show follows an unhappily married woman and the handsome stranger she meets and unexpectedly falls in love with. The story is good, but what is worth going for is the incredible staging. "A snappy swirl of campy live theater mixed with remade classic film clips, songs, dance numbers, and even a few puppets thrown in for good measure." [Broadway.com]

"It's a delightful meshing of slyness and pathos, a loving homage that still retains a keen sense of fun." [Washington Post]

I enjoyed the whimsical scenes and the juxtaposition of scenes from the film. Note, it was a different experience than attending an actual Noel Coward play, like "Private Lives" (also showing now). And, for more reading on the artist, check out this piece in the WSJ from Friday: "The Hard Work of and Effortless Pose." [WSJ]

"Carlos" We also caught a screening of the 2.3 hr version of the film "Carlos" (there is also a 6 hr version that is supposed to be better!). Edgar Ramirez does a fantastic job of telling the story of Ilich Ramirez Sanchez, one of the most wanted terrorists between 1974-1994. I wasn't in LOVE with the film, though it is most likely because the shortened version I saw was choppy at times and felt disconnected. The cinematography was superb and the story is intriguing.

2. Mad Men Season Finale. Believe it or not, I haven't had a chance to see this yet. And, it's more than a little bit annoying to have to skip over numerous Tweets surrounding the episode. In fact, at this very second of typing, I just accidentally stumled upon the big spoiler from last night. So, click here at your own risk. [NPR]

3. Capturing the Facebook Obsession. "At bottom, "The Social Network" is a movie about obsession." [NYTimes]

4. Roman and Williams NY Mag profile. The one week I'm checked off the planet (was in Big Sur last weekend into the week), our Montauk friends get a big profile in New York Magazine. Thankfully, I didn't miss it completely. Go read about Robin Standefer and Stephen Alesch, designers behind well known hot spots like the Ace Hotel and the Boom Boom Room ("the mood there is very "Nude for Satan" says Stephen-ha!) amongst many others. They are just as talented in real life as they come across in print. [NY Mag] 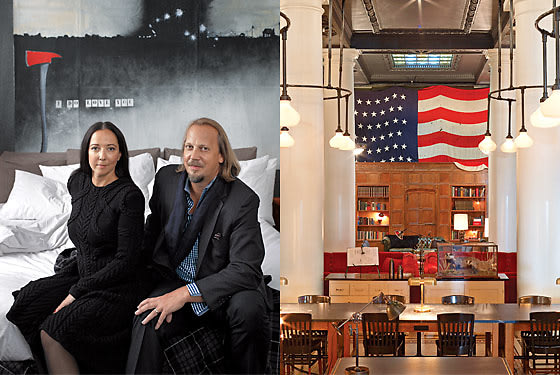 7. "Life-Altering Instant Coffee Packaging" Nescafe's "Open It!" isn't an official product yet, but considering the innovative combination of spill, stir, and sip in one convenient travel-size pouch, it'll hopefully be hitting shelves soon! [The Daily What] See it in action here: [YouTube] 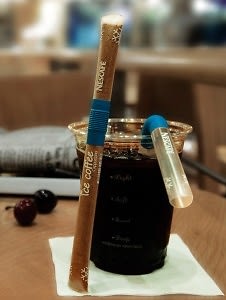 8. The New Yorker's Tumblr has published a "To-Do" list. I like this a lot. Go find out what to know (Carl Paladino and Andrew Cuomo's face off), what to monitor, who to follow on twitter and what to read HERE: [The New Yorker]

10. The Standard Hotel has taken to interviewing its own staff on new Tumblr page. Is this self flattery genius or too much? I think it's cool. The first employee they have interviewed is John Michael Stauffer, the bartender who's an Aquarius and hails from a "three-stoplight Civil War Battlefield town." [StandardCulture]

11. Write a Bike. These bicycles in the shape of names are making their rounds on the internet. Pee-wee Herman even loves them. By Juri Zaech. Go show your support for these prototypes here: [Typography] 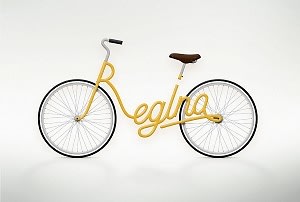 12. NYC launches car-sharing program. About 300 department of transportation employees are going to pilot the program, sharing a fleet of 25 vehicles for their daily buiness, then turn those cars over to the public for use on nights and weekends. [EmergentFutures]

14. The First Couple. This photo has been going around my Tumblr Dashboard prompting this discussion: Is it harder to be the President of the U.S. or the First Lady? 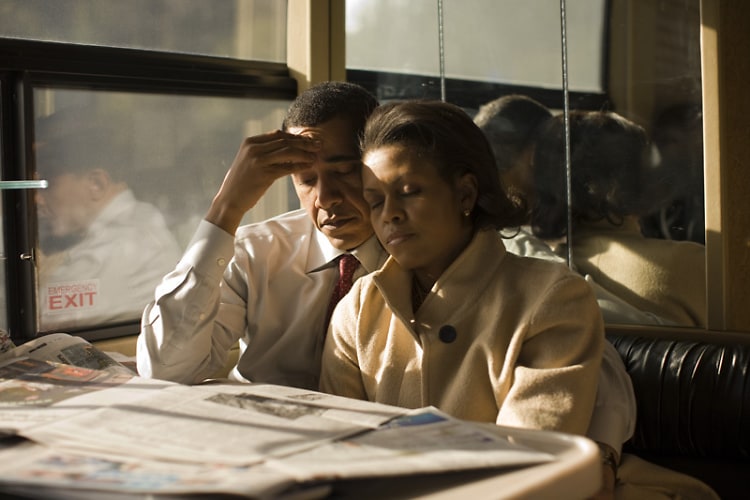 Well, that's all for me today. Do you have something for me to include in tomorrow's Reading List? Email me at Rachelle@guestofaguest.com! Don't be shy!