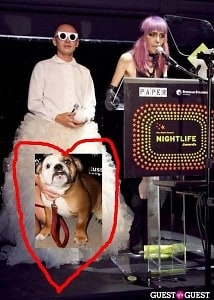 It was hard keeping Stanley Stuyvesant's, the bulldog and editor of GofG, excitement tamed during last week's "Paper Magazine Nightlife Awards" at Good Units. The low point of his night? Trying to attack Terence Koh's fancy white feathered dress. Stanley is hiding out in Montauk today, on damage control after he made headlines in the NY Daily New's Gatecrasher:

Terence's outfit (left) was just too much temptation for Stan.

This is a good way to get a piece of Terence Koh's artwork. The it-artist showed up at the Paper Magazine Nightlife Awards at Good Units on Thursday night in a white collared shirt and a wedding dress he told us he picked up on a trip to Taiwan and customized himself. We weren't the only ones who took notice of his Glenda the Good Witch getup: A bulldog at the fete, belonging to Rachelle Hruska of Guestofaguest.com, spotted the sparkly creation and started nibbling. He got away with it for so long, the canine, named Stanley, had already chewed off a small piece before anyone (including the artist) even realized. [Gatecrasher]

While this isn't Stanley's first piece of press (he's had mentions in the NY Times and Paper Magazine along with various blogs), it is certainly the first one that captures his truly unique personality. Here are more photos from Stanley's night last Thursday: 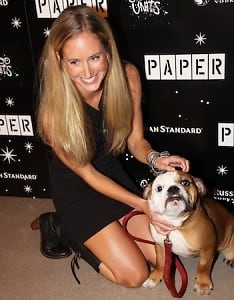 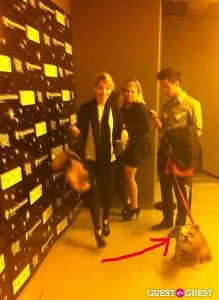 [With me on left, via Paper Magazine, with Ashley Simko, Carson Griffith and Just Jared's Jared Eng on right] 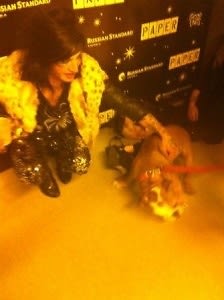 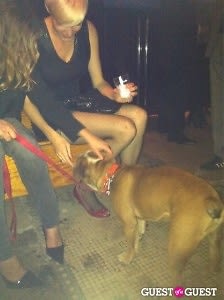 [With a fan on left, with the ladies on right] 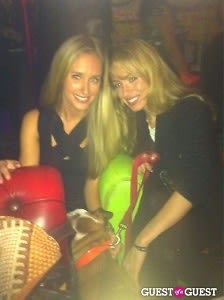 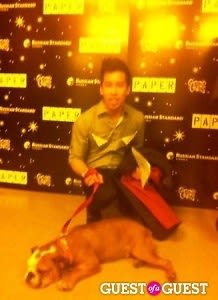 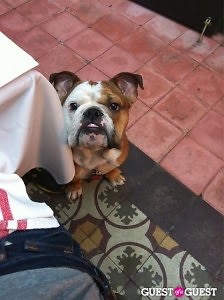 [Stanley yesterday at the Waverly Inn for brunch. His last meal before heading into hiding]