1. Last night, Eliot Spitzer and Kathleen Parker premiered their Parker Spitzer show on CNN to mixed reviews. And by mixed reviews, I mean some people thought it was awkward, and some thought it was incredibly awkward. Special guests included The Social Network's Aaron Sorkin, and blogger Henry Blodget (whom Spitzer got banned for life from the securities industry years ago- bygones people!). Below, a clip from the segment "Unfinished Business."

And, if you managed to stick around for the final segment, you would see Ms. Parker ask Spitzer to identify his secret "guilty pleasure." Um...WTF?!! A bit of a rhetorical question, don't you think, Kathleen? I loved this response (by @larrybraverman, found via @weareyourfek):

2. The Social Media service, FourSquare was down for, like ever, yesterday (9 hrs).  It made news. We'd like to think this outage was an accident, but knowing founder Dennis Crowley, I'm certain it was a planned (and needed) break from digital check ins. I think a lot of people owe the guy a thank you for 9 hrs of being forced to go places just for the real life fun of it (as opposed to the checkin points)! [Mashable] 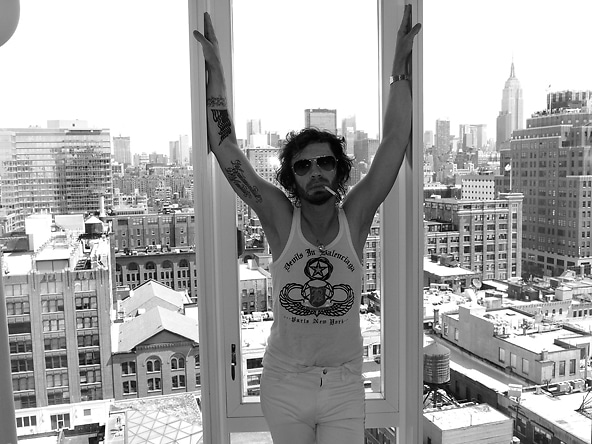 3. Olivier Zahm, Purple Prose/purple-diary.com founder and GofG favorite was interviewed in this week's T Magazine. In it he speaks out about not succumbing to the advertiser's control:  "A magazine to me has to be a very personal and subjective voice. What I do is closer to Facebook than to a magazine like Cosmopolitan because it's made with friends for friends, and for people who have a particular taste and style. What I've seen in the past 10 years with fashion magazines is that the advertisers are controlling them step by step, and then your magazine is no longer a magazine but a catalog for brands." Team Zahm! [TMag]

4. The Dalai Lama is on twitter. With over 850k followers, I'm sure the D Lama has been tweeting up a storm for quite some time. But today is day one of this tweeter's follow. My best comparison of his tweets is that it's like getting a hand written card in the mail in a sea of junk. [@DalaiLama]

5. Evan Williams steps down as Twitter CEO. Former COO Dick Costolo is taking over as head of the company, leaving Evan to focus solely on product (including Twitter's new format released this week.) [TechCrunch]

6. Chanel Paris FW, had a full orchestra and a French garden set at their show at Grand Palais  today: [@Womensweardaily] Photos of the show below....

7. Socialite Lydia Hearst suffers insomnia just like the rest of us!

8. Jennifer Aniston was voted the Most Eligible Single Woman in the World. She beats out Halle Berry and Betty White. The poll, conducted by "60 Minutes" and Vanity Fair is obviously completely valid. [NYDN]

9. Courtney Love is overdoing it on twitter/life. CLove needs a vacation- away from any and all press. The singer has a twitter account and isn't afraid to use it! Lately, she has been showing off every inch of her body to her followers on Twitpic: 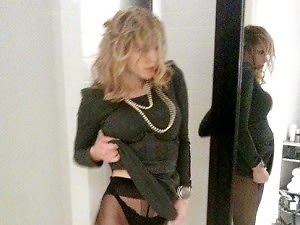 Gossip Girl was good last night. And, I can see how viewers may think that this show is a total over-exaggerated dramatization of real life Manhattan privilege. Those kind of scandals are the stuff of TV dramas right? Wrong.  Remember This? How about This? Or This?

10. NYC finally to get cell phone service in subways. No word yet on when this is actually going to happen, but it's about time! [Gawker]