1. Kanye West is the male version of Lady Gaga. Did you guys check out is performance on SNL? Was this brilliant or low brow? Regardless, I can get behind anyone encouraging to "have a toast for the douche bags" and "Lets have a toast for the jerk offs, who never take work off, " while earnestly picking at a sound machine next to some seriously talented ballerinas. All whilst clad in head-to-toe red leather (including 80s style high top pumps.) We can argue his musical talents later. One things for certain, the guy is committed:

Check out this photo from inside the studio: via @shiralazar and the other performance of "Power" here [Gawker.tv]

2. A "Night of Too Many Stars" was this past Saturday at Beacon Theatre. This benefit for autism education programs was hosted by comedian Jon Stewart and featured live performances by Lewis Black, Steve Carell, Stephen Colbert, Jimmy Fallon, Tina Fey, Sarah Silverman, Chris Rock and more. Highlights of the evening included Stewart slamming Rick Sanchez, and... 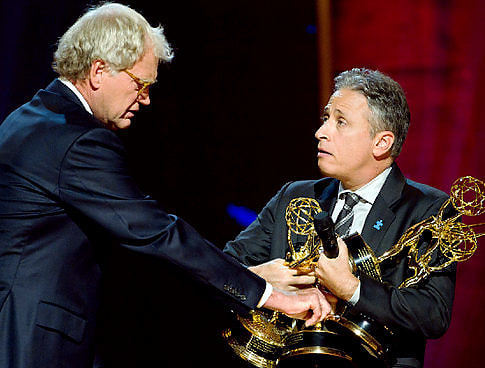 ...David Letterman apparently fighting with the host over each others' Emmy Awards. [via NYDN]

3. Speaking of Autism, The Social Network debuted this weekend, totally dominating box office sales (to no one's surprise). Is this movie going to become famous for telling the story of Facebook, or for dividing the generations? Who cares about that, Lady Gaga liked it! [NY Times] [All Social Network Coverage] For fun, take a look at what "The Facebook" looked like on it's launch day HERE.

The Real People Behind The Social Network Movie [BuzzFeed]

4. The best and worst states to raise children in. [Alan]

5. This will be the most disturbing thing you see today. "The photo below (the one that looks like strawberry soft serve ice cream) is actually mechanically separated chicken. It's what all fast-food chicken is made from -things like chicken nuggets and patties.  Also, all the processed frozen chickens we get in stores. Basically, the entire chicken is smashed and pressed through a sieve -bones, eyes, guts, and all. It comes out looking like this": 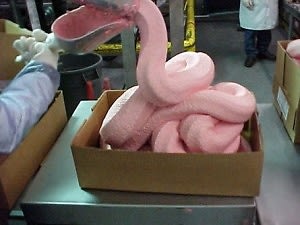 6. Paris Fashion week is going strong. With a performance by Courtney Love, private dinner parties for her ex, Andre Balazs, and the Olsen Twins presenting their line at Karl Lagerfeld's old apartment. Check out our roundup of  happenings HERE. [Paris Fashion Week Roundup]

7. The Ryder Cup. I have zero interest in Golf. That being said, one of my bff's writes about Golf for a living. Stephanie Wei, of Wei Under Par, has you covered in all things Ryder cup should you have any interest. Here's the one thing that did manage to catch my eye: 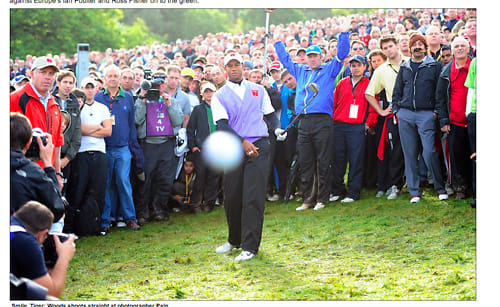 "As you may remember, Tiger Woods, paired with Steve Stricker, fluffed a chip on the final hole in the fourball match against Ian Poulter and Ross Fisher on Saturday morning of the Ryder Cup. (Woods and Stricker ended up winning, largely thanks to Stricker.) Apparently, photographer Mark Pain was in the right place at the right time (or wrong place at the right time), snapping an absolutely priceless picture right before Tiger's ball hit the camera and then bounced off Pain's chest. (A little ironic the photog's name is pain, eh?)" [Via]

8. Baby Paris Hilton and Nancy Reagan. I have no idea why I thought this was relevant but I did: 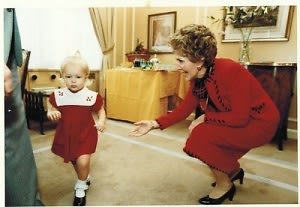 9. Dr. Robert G. Edwards, the biologist who developed the in vitro fertilization procedure won the Nobel Prize this weekend. [NYTimes]

10. Leo DiCaprio and Tobey Maguire are rumored to play roles in Baz Luhrmann's New Film: The Great Gatsby. A modern adaptation of the popular F. Scott Fitzgerald novel the director tells MTV: "I've got the script for both of them and I'm making that decision in four to six weeks, no longer than six weeks." [Vulture] 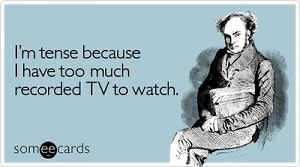 [via Tumblr] Does anyone else feel this way? Here's what I have on DVR:

Am I missing anything?