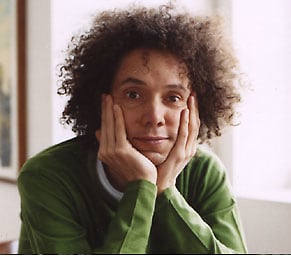 1. Malcolm Gladwell's piece "Small Change: Why the revolution will not be tweeted" in The New Yorker. Read it to agree with him, read it to vehemently proclaim "nah uh, you  know nothing about social media furry hair man!" But read it because it sparks an interesting conversation on what, if any "revolution" sparked by social media tools (like Facebook and Twitter), is going on in the world. (He argues that these tools are actually making it harder for people to organize and compares it to the protests of the '60s.)

Then check out The Atlantic's Alexis Madrigal's review of Gladwell's piece here: [The Atlantic]

And, perhaps more importantly, the lengthy commenter's take on it: [The Atlantic]

2. Last night TV happenings: Sarah Palin appeared on Dancing with the Stars to show support for her daughter. Did the crowd boo her??? You be the judge. [Gawker.tv] Also last night, The "Circle of Life Continues" on Weeds. [Gawker.tv]

Also on the boob tube last night, Gossip Girl took on Fashion Night Out and Charlotte Ronson made a very quick cameo at the DVF store. Her sister Annabelle Dexter-Jones is holed up in her boyfriend, Andre Saraiva's new apartment in Paris. [Purple Diary] 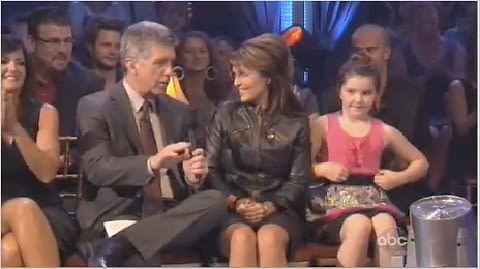 3. Los Angeles saw it's hottest day ever recorded yesterday at 113 degrees! And, we feel sorry for our team over there. As one resident put it: "there's hot, and then there's hot!" [Bloomberg] It was so hot that the National Weather Service's thermometer broke:( [Foreign]

5. Jay-Z, Warren Buffett and Steve Forbes walk into a diner.... No, this isn't the start of a joke, it really happened in my home town, Omaha, NE and the resulting "free-wheeling" talk is up now on Forbes.com. 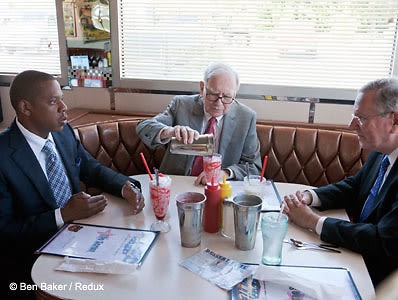 "You don't need a lot of brains in this business. I've always said if you've got an IQ of 160, give away 30 points to somebody else, because you don't need it in investments. What you need is emotional stability. You have to be able to think independently, and when you come to a conclusion you have to really not care what other people say. Just follow the facts and your reasoning." -Buffett

6. Oprah will reunite "The Sound of Music" cast for the first time in 45 years. [Popwatch]

7. The Millennials Magazine. A group of kids got together to create, what else?, an online only magazine for "all comers: vocal youngsters, culture critics, ex-bankers, MBA's, the kid around the block, your mom, and the grump defending his porch. We want to hear all opinions." Behold, Issue #1: [Millennials Magazine]

8. Michael Arrington is THIS close to selling SOlD TechCrunch to AOL reports...everyone that cares about this sort of thing: [WSJ] [ValleyWag] [GigaOm]

9. Liza Minelli gave a private performance at Rose Bar last night. And, it was incredible. Here is my very low quality video of the show (I'll try and get HD version up later today).

10. The U.S. Government is petitioning to be able to wiretap all of our online communications. Yikes, this can't end well. [StarTribune]

"Essentially, officials want Congress to require all services that enable communications - including encrypted e-mail transmitters such as BlackBerry, social networking websites such as Facebook and software that allows direct "peer-to-peer" messaging such as Skype - to be technically capable of complying if served with a wiretap order. The mandate would include being able to intercept and unscramble encrypted messages."

Police acknowledged that publicity over the show's announcement prompted the case. Bigamy is a third-degree felony in Utah but is rarely investigated. [People]

12. Gwyneth Paltrow will be joining the cast of Glee. A fan of the show, the star will be playing a teacher and be doing three or four solos. [Billboard] Also, Britney Spears makes her much anticipated cameo on the show tonight!

13. Refinery29 just posted this: Fashion's 26 Most Hottest Bachelors. Check out their slideshow! [Refinery29]