My favorite morning TV show? "In the Papers" on NY1. Today's greatest discovery? You can access this program online! Today I am excited about the US military ending its ban on gays, our exclusive interviews from last night's Norman Mailer Center Gala, and much much more!

1. US Military ends gay ban. The US military is (finally) ready to accept openly gay recruits for the first time in the country's history. [Yahoo] A fitting day for this to happen, it's GLAAD's official SPIRIT DAY (so that's why my Tumblr dashboard is covered in purple!). [GLAAD] 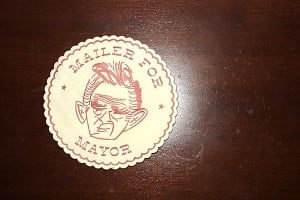 This all happened at last night's Norman Mailer Center Gala at Cipriani. If Mailer were around today, he'd certainly be happy with the activity surrounding his Center. Left, Mailer for Mayor coasters from The Waverly Inn via flickr.

3. Terry Richardson's sex'd out Glee photos for GQ. These have been all over the web. Below, some shots of the cast of the most wholesome show on network TV posing completely out of character: 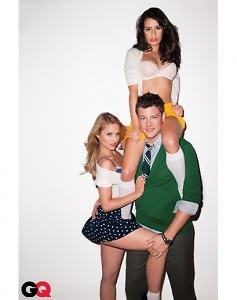 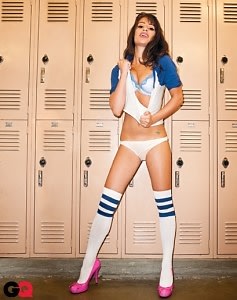 4. Mark Wahlberg, Stephen Levinson, Charles Randolph and Malcolm Gladwell are making a Cold War era Berlin spy drama for HBO. The story centers on a missionary who becomes involved in the CIA. Gladwell and Randolph (The Interpreter) are friends and have been working on an idea for a spy project. Is HBO back in a big way? [Deadline]

5.  The future is now. TK Brand's "Robot Emotions" are on shelves now! Is your computer lacking human emotion? Mine too. Not sure why someone would want to install "Rage" onto their hard drives but regardless, this is pretty genius: 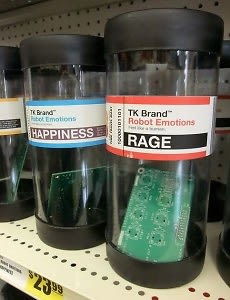 6. Longing for the Lines that Had Us at Hello. The Times takes a nostalgic look at the great lines in movie history (like, "Go ahead, make my day." and "Show me the money!"), and wonders where all of the great one liners are today. Is this due to less talented writers, or a web-driven culture of irony? [NYT]

7. Stephen Colbert keeps the women of The View on their toes. Colbert, who was on the show to promote his "Rally to Keep Fear Alive" yesterday, pulled a Whoopi Goldberg and Joy Behar (who had previously walked off the stage on Bill O'Reilly last week). Watch here: [Intel]

8. "She is Quick and Curios and Playful and Strong." Short stories collection by Kate Spade. "We commissioned short stories from seven female writers. We asked each author to incorporate the phrase 'she is quick and curious and playful and strong' at some point in their story. I def want to buy this book (and embody those adjectives). [Kate Spade via Caroline McCarthy]

9. AOL's Artists. It's not new news that AOL partnered with Chuck Close for their 25 anniversary. In fact, we covered the party at the New Museum. What is new? The photographs of the chosen individuals (innovators and visionaries who inspire and entertain us...cultural icons of today who are loyal AOL users") are starting to sprout up. So far there's Alec Baldwin, Claire Danes, Liya Kebede, Gus Van Sant, and Dean Kamen. 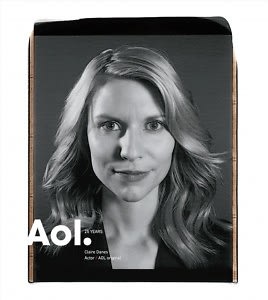 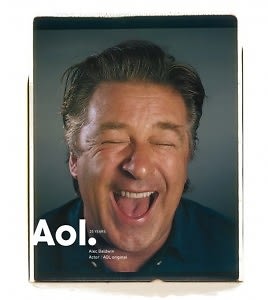 Besides all having the "innovators of culture" thing in common, they are required to share one other quality....an aol original email account. [AOL artists]

10. Did Angelina Jolie go on Charlie Rose coked up? According to a man claiming to be her old drug dealer, this interview (promoting Girl Interrupted) was done completely high.  [Gawker]

Well, that's all for me today, do you have something to include in tomorrow's reading list? Don't be shy! Email me Rachelle@guestofaguest.com!