Hello from Los Angeles. From David Carr's shocking piece on the Tribune, Martha Stewart on Oprah, Facebook's latest thing up their sleeves and everything in between. Here are the stories that caught my attention today...

1. The NYTimes David Carr unleashes a 4,000 word whopper of a story on the Tribune Company. The company, which owns newspapers like The LA Times and The Chicago Tribune, went from being a conservative place to work, to what will now be forever known as completely disgusting. And, it largely has to do with the two new head honchos, Randy Michaels and Sam Zell.

Says Gawker: "And while it's pretty obvious that the company has been grossly mismanaged ever since being bought by real estate magnate Sam Zell in 2007—besides being bankrupt, the company's newspapers are financially underperforming even by today's special-ed standards—it's never been made so exactingly clear how sick and unprofessional Zell and the buddies he installed in top management positions are."

The piece has been blogged and re-blogged all morning. It's a must read. [NYTimes]

2. Martha Stewart was on Oprah yesterday and finally discussed her time in the slammer. Oprah: "So did you get my letters in prison?" Martha: (proudly): "I did, I did, I got little notes."

Then the two went on to make bloody marys. It's worth checking out (Martha looks great btw). [Gawker.tv]

4.Google.TV. It's about time someone really broke into this space. Oh wait, Boxee has already. Anyway, something tells me it's going to come down to the sorts of deals these guys can arrange with people. (And, as of yesterday, it seems they're off to a good start.) [Google.tv blog]

That being said, we look forward to seeing someone finally getting into a tech space before Steve Jobs. However, they are going to have to work on their "futuristic remote control" a bit. [BuisnessInsider] 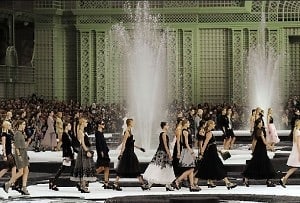 6. The White House is installing solar panels this Spring! "The most famous residence in America, which has already boosted its green credentials by planting a garden, plans to install solar panels atop the White House's living quarters. The solar panels are to be installed by spring 2011, and will heat water for the first family and supply some electricity." [HuffPo]

7. Mad Men's John Slattery is going to be on 30 Rock. Following Jon Hamm, I love it when my two favorite shows cross pollinate. [Vulture] 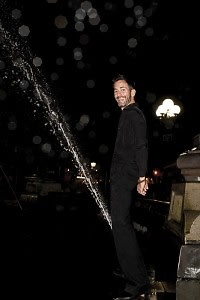 9. Facebook redesign likely being unveiled today. Marky Zuckerburg has his employees on lockdown to finish up a redesign. The new version of the site can't be entirely known, but speculations that location check ins and chat will be largly featured are going around. [Tech Crunch]

10. Gap Clothing changed it's logo and it's new one looks like a 1990's computer company, Read: hideous. [BrandChannel]

11. IKEA's new 140 Cookbook with no words. I don't cook, and I don't have plans to learn. However, I still can appreciate the simplicity of this cookbook released by IKEA. [Dezeen] 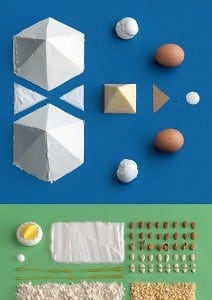 Well, that's all for me today.

Do you have something that I should include in tomorrow's reading list? Don't be shy! Email me at Rachelle@guestofaguest.com!