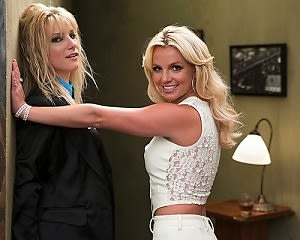 1. Britney Spears on Glee. For all of the hoopla surrounding the pop star's appearance on last night's Glee, it wasn't life changing for the most part. Apparently I was okay with choosing dinner at Bar Pitti over staying home to see this:

Anyway go HERE to see the videos from the show!

Though some certainly did enjoy:

@britneyspears: Awww Heather Morris is sooo cute! Brittany S Pearce. Ha! She was so fun to work with and was really sweet in person. about 11 hours ago via web 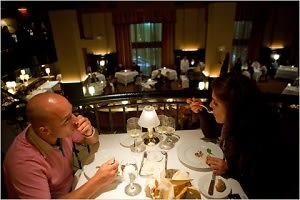 2. It was a good day for Mario Batali. Sam Sifton gave his Del Posto, which opened in 2005, FOUR stars in his NY Times review. Go read Sam Shifton's own journal on what this means in foodie land. [Diner's Journal]

@Mariobatali: Holy shitaly!!! We just got 4 stars from the NY TIMES for del Posto !! First Italian restaurant in 36 yrs to get 4 !! about 16 hours ago via Twitter for iPhone

"Five years later Del Posto is that and more, a place to sit in luxury and drink Barolo, while eating food that bewilders and thrills — an abalone carpaccio to start your meal, perhaps, and absolutely a celery sorbetto to end it, as well-played Gershwin and Kern tinkle in the background. Del Posto’s is a pleasure that lasts, offering memories of flavors that may return later in a dream"

"What was designated a three-star restaurant by Frank Bruni in this newspaper in 2006 has become a four-star one. It is the first Italian restaurant to receive a four-star ranking in The Times since Parioli Romanissimo, reviewed by John Canaday in 1974." [NYTimes]

3. There is a giant debate that has been going on for months in Social Media/Tech land over the lack of women in the space. Are women not starting companies in this space because they aren't interested in starting companies in this space or is it really because none of the big bad male-led VC's care to fund them? Well the bru ha ha seems to have reached it's climax last night on Tumblr- it started with this post by Foster Kamer (Male Writer in space), and then was nailed home with this dissection from Elizabeth Spiers (female entrepreneur in space).

4. Paris Fashion Week kicks off in Milan. Here is the delightful Roberto Cavalli enthusiastically posing with the models of his S/S2011 collection: 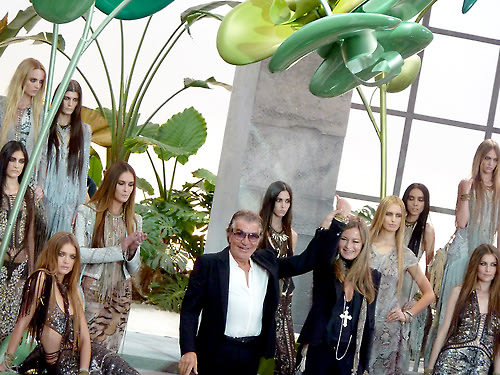 Check out more from Paris Fashion week at Purple-Diary.com!

5. Rachel Zoe and her assistant Brad Goreski part ways. Says Brad: "I love Rachel and she's taught me everything I know, but there's a point where either I do it now or I’ll never know what it's like to spread my wings and soar."[People]

6. Atheists score better on a quiz about religion than religious believers."Four in 10 Catholics misunderstood the meaning of their church's central ritual, incorrectly saying that the bread and wine used in Holy Communion are intended to merely symbolize the body and blood of Christ, not actually become them."[LA Times via Nick Douglas]

7. Here's another way to look at numbers: More people use heroin than Twitter! Check out more fun with numbers below: 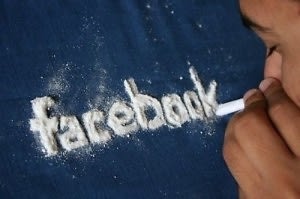 10. There are human beings running around the city doing things: 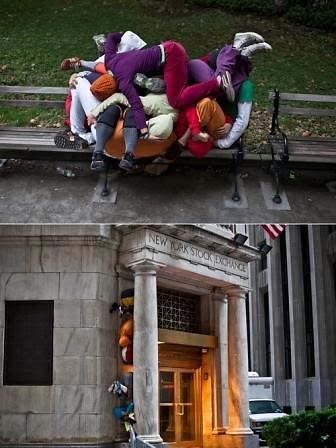 It's art. Choreographer Willi Dorner brings his ongoing "human sculpture" series "Bodies in Urban Spaces" to New York City as part of the French Institute Alliance Française's "Crossing the Line" festival. Check out the other photos here: [WSJ via BB]

11. World War One is officially over this Sunday! The First World War will officially end on Sunday, 92 years after the guns fell silent, when Germany pays off the last chunk of reparations imposed on it by the Allies. [Telegraph]

13. Australia's Next Top Model Host has ultimate embarrassing fail. Also, the Australians are apparently okay with the use of the F word on national TV (42 seconds). On Wednesday, my most loathed day of the week, this video is a great reminder that no matter how annoying your hump day is going, this woman's inbox is probably looking worse than yours: