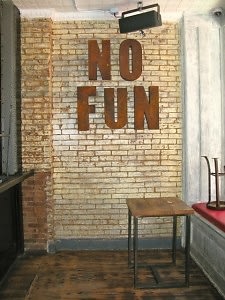 No Fun, a new restaurant/bar, recently opened on Ludlow Street, one of the most fun blocks in New York City’s Lower East Side. Front man, James Woods, speaks about No Fun with irony and ease as he assures that this new LES hot spot to bring back the grungy, rock 'n' roll sentiments of old New York City nightlife.

Walking in to No Fun, you suddenly become reminded as to why you moved to New York City to begin with. Remnants of past drinking affairs and spontaneous rendezvous are embedded in the worn wooden furnishings and fixtures. Although No Fun has only been around for a short four months, being inside the restaurant feels strangely familiar. Black cushions adorn open booths, a rusty red paint covers the walls, and the DJ booth is open to the small dance floor. Woods describes No Fun as a glamorous pool hall with a museum-kind-of-feel. The décor and ambiance is best summarized as "chill," without any frills and gimmicks.

The name comes from The Stooges hit by the same name, but to Woods, No Fun means no top 40 hits, no bottle service, and no pretension. Weekly sets by loved downtown DJs are promised. DJ Mess Kid will be spinning every Thursday night, which according to Woods, is the best night to go. DJ Kapla will play rock n’ roll favorites on the weekends. Rock 'n' Roll Sundays will soon be introduced to No Fun where grunge and alternative mixes will be played. The party will follow brunch with an open bar at 7 PM. No Fun wants to welcome guests to their new favorite spot that strictly exemplifies classic good times. 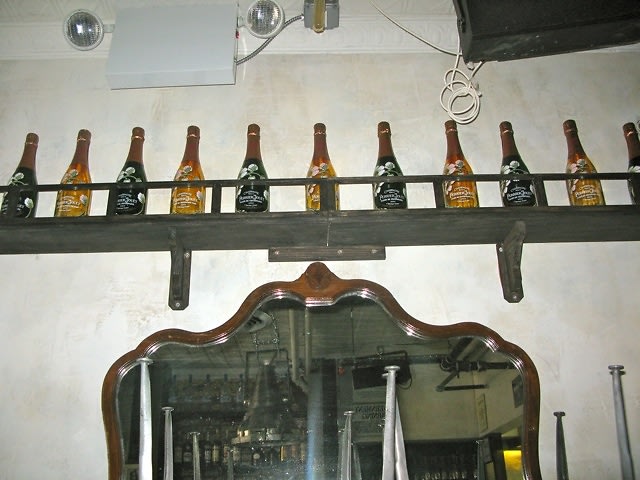 Twelve different beers are offered on tap, including Brookyn Lager’s Radeberger, as well as popular picks, Heineken and Amstel Light, which are commonly offered in bottles. A recent cocktail called “Fade to Black” has been added to the list of favorites. This raspberry vodka based special is coined with the classic rock title because of the effect the mix-ins have on each other that makes the drink, literally, fade from purple to black. 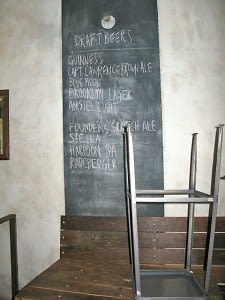 Ludlow Street’s new addition has been getting a lot of word of mouth buzz. No Fun assumes its growth has come from a friends-of-friends sort of publicity. Certain night’s see a line wrapped around the restaurant as everyone is trying to get in to the modestly sized space.

No Fun is currently creating a brunch menu to help kick-in New York’s beloved spring and summer. Woods is working on the menu with celebrity chef, Ed Cotton, who was also a contestant on reality TV show, Top Chef.

To totally understand where this place is coming from, my advice is to listen to the mantra that the bar was based off of -- “No Fun” by The Stooges. The song opens listeners to a cool world of claps, screeching guitars, and a strangely sensual growl from Iggy Pop as he sings, “No Fun my babe, I’m No Fun.” As easy as it is to doubt Pop’s self-deprecation, the bar-equivalent of the song has the same standing. How can an LES establishment based off of old New York and rock 'n' roll not promise a super good time?