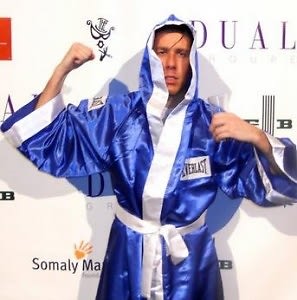 Persistence, persistence, persistence -- Justin Ross Lee is never one to give up. After recounting his list of bans from clubs and restaurants up and down the island of Manhattan about a month ago, a few bad memories resurfaced. One memory in particular that hit a sore spot: his longstanding feud with doorman Aalex Julian. A Twitter war soon erupted after the article was posted, and since then tensions have been high. So high, in fact, that when JRL stopped by Dream Downtown last week, the night ended with Lee filing a police report for harassment against Julian! JRL has been flashing this little report on all forms of his social media, so I asked to hear his side of the story. Below, JRL relives the night in his own words: 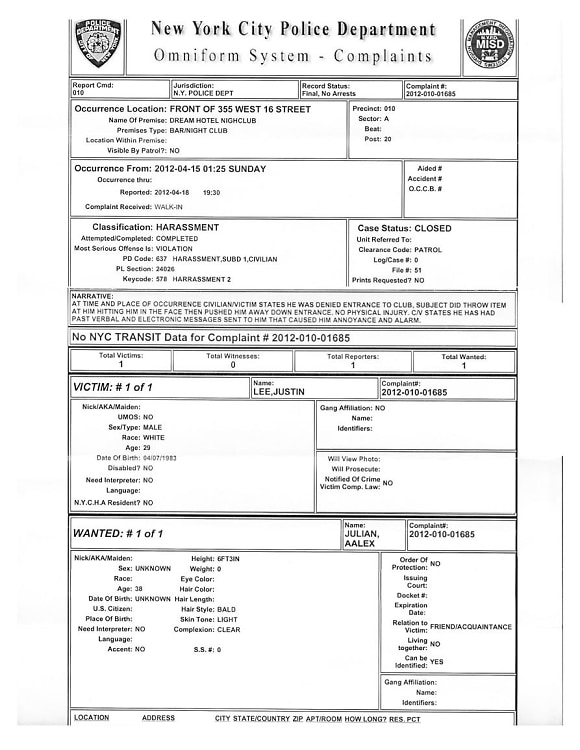 "Walked into Dream Downtown on Saturday night to confront Aalex about his threatening tweets to me where he said he was going to 'Bitch Slap' me and made a reference to Rich Thomas who faced felony assault/ robbery charges in '10. 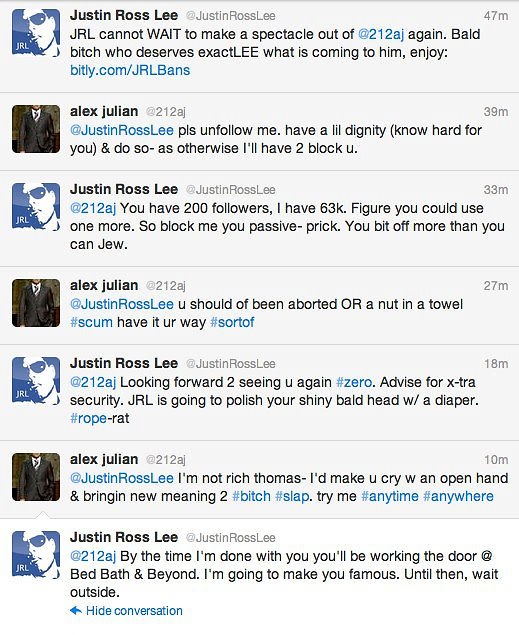 As I approached the door there seemed to have been a security protocol relating to me. A security guard standing outside jumped on his radio to provide Aalex with forewarning. At the very moment he received his message I arrived at his feet. The crowd was immense but became quiet as I started yelling 'I'm here you bald coward, sooo? Are you going to bitch slap me?!' I then reached into my pocket pulled out a pink Pretentious Pocket square placing it on his head and said, 'Okay, that's better.' Aalex responded physically, shoved me and called for 5 or 6 of his giant killers to surround me as he came into the circle and said 'you're fucking with the wrong guy, pushed me again and said, I'm going to fucking kill you' before attempting to place the pocket square (now in his hand) into my mouth. I yelled, 'Aalex, heads up' to draw his attention to my right hand that was filming the incident with an iPhone. At this moment a member of his security ripped the phone out of my hand and directed the moving barricade towards the door. Police were almost immediately on scene, summoned by Aalex or a member of his staff."

Appropriate to typical JRL style, the reaction was filmed from inside his Escalade for the evening. Go HERE for the video.

According to Lee, the phone was replaced that night: 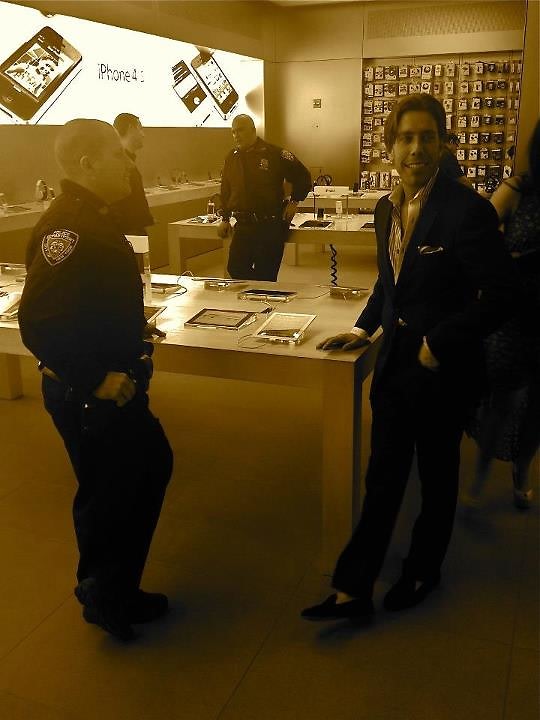