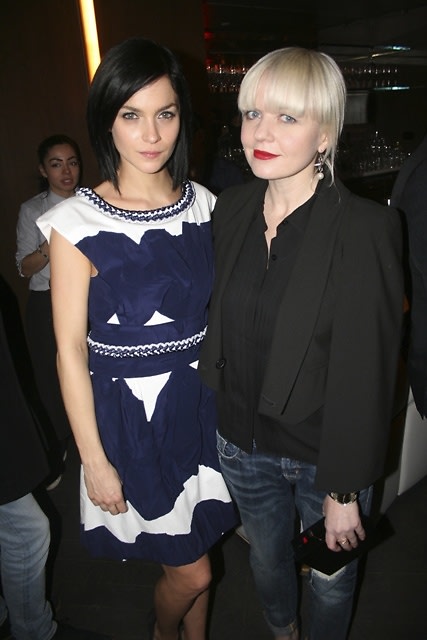 Last Tuesday a gaggle of notable New Yorkers formed a fashionable convoy to an unlikely corner of Midtown. Their delicious destination? The Wayfarer, a brand new seafood spot occupying two opulent ﬂoors of mid-century modern design dominated by brass and leather wrapped in glass at the south east corner of 57th Street and 6th Avenue. Guests included DJ extraordinaire, Mia Moretti, the shapeliest Misshape Leigh Lezark, stylist to the stars Robert Verdi, and The Good Wife’s Jess "It’s-impossible-to- take-an-unﬂattering-photo-of-me" Weixler. But the real guest of honor was a giant ﬁsh so buttery they served it by the spoonful, no knives needed! At some point someone remarked “How’d this happen? How’d they get everyone up here?” We wholeheartedly agreed with that sentiment; we had only planned to do a drive-by but we stayed way later than the end time listed on the invitation. 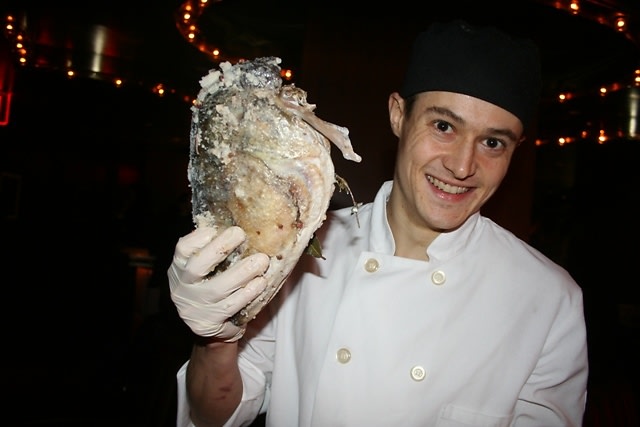 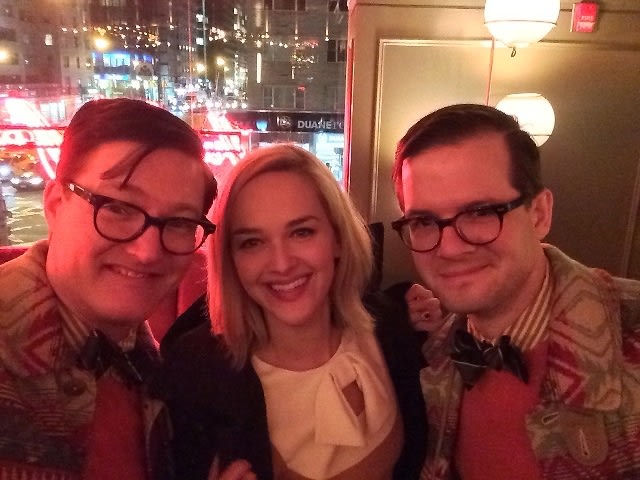