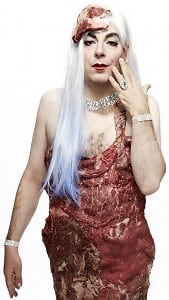 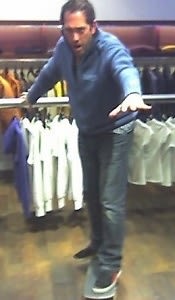 Riffing off Michael Musto's "10 Best NYC Clubs of All Time" in The Village Voice, Steve Lewis in his "Good Night Mr. Lewis" BlackBook column comes up with his own historic list (as well as a current one). How do they match up?

Musto, an authority on night life in the city, goes bold and lays out his picks for best of the NYC nightlife spots in history: 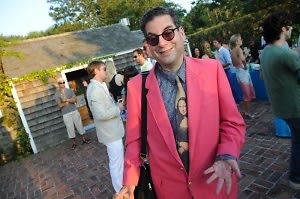 [Photo via "Clothes Make the Writer"]

Lewis, an expert in his own right, quibbles a bit with Musto's selection, questioning Happy Valley in particular: 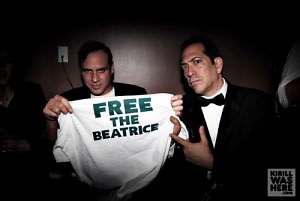 "He is as right as anybody, as each of us has our own perspective. The list doesn't go back to joints pre-Michael's viewpoint, like El Morocco or The Cotton Club, and it discounts anything recent with the exception of Happy Valley, which maybe had a moment 5 years ago. My list is pretty close. I would swap out Happy Valley (which was mostly awful), CBGB, and The Roxy in favor The World, Max's Kansas City, and Paradise Garage."

As for today's hot list, Lewis looked at the lounges and bars in Manhattan he'd send his friends to on a given nigh and comes up with:

Obviously, any list of this sort--one that tries to cull from a wide bounty of nightlife hot spots and allocate them into limited slots--will inspire deep ire in certain die-hards and haters. It's a futile endeavor to try to create the definitive list.

We'd offer up Jane Ballroom, Don Hill's and Le Bain to the list above, as well as our high hopes for yet-to-be-opened Le Baron.

Lewis and Musto have interesting perspectives given the longevity of their time dissecting this city's nightlife, but to use them as a barometer (as Lewis, to his credit, admits) for the end-all-be-all of today's go-to place may be an ill-advised approach. Any arguments for or against? Let's hear it in the comments section....