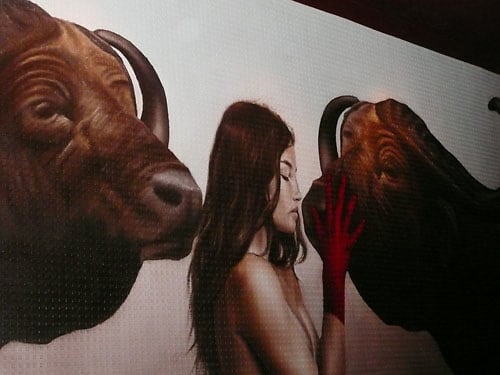 It was not too long ago when Richie Akiva was bullish on the prospects of 1oak "changing the face of nightlife" as he so brashly put it in an interview with New York Magazine.  So bullish in fact, that he and his partners Ronnie Madra, Scott Sartiano, and Jeffrey Jah sunk a cool $3 million dollars into the space.  But, with the changing of fortunes on Wall street, will their bottle-fueled venture be hurting as the slow-moving train wreck that is wall street keeps grinding down the tracks? 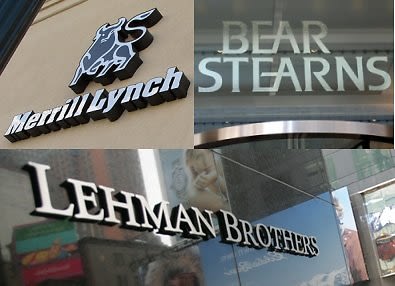 This meltdown may very well be the pin-prick that bursts the club price bubble.  In the past decade, as New York has been injected with funny money, a bottle culture has permeated clubland, driving the price for a single bottle to upwards of $400.  We have often loathed the homogeneous effect of this model and bottle culture.

Although new ventures like 1oak have tried to package their experience more as a type of velvet egalitarianism, the simple truth is that it is hardly that.  Clubs are tied to wall street more than ever. And it won't just be the big Saturday night table hits where clubs will be hurting.  Most clubs earn a significant amount of revenue from sponsored parties that happen post happy hour from around 9-11pm.  When 1oak opened it's doors last December, it's first event was one for traders from BTIG.

This weekend the effects could already be felt.  Those at the likes of Lehman and Merrill were at the office all weekend scrambling to salvage whatever was left, and those at potential buyers like Bank of America were in the office all weekend working on possible transactions and nervously awaiting news about whether or not their group will ultimately remain when the dust settles.

That isn't to say that we won't be seeing a lot of these financial wizards out and about blowing off steam to get through the doldrums, just expect to see them at a dive bar on the east side, not in front of velvet ropes anytime soon.