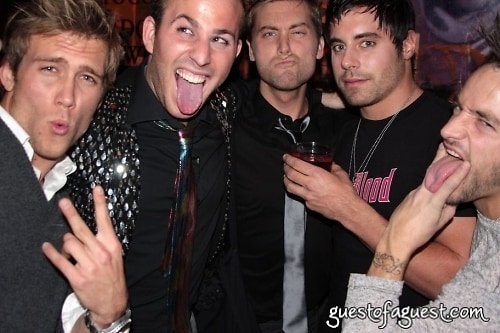 Go HERE and HERE for more photos of this event and TAG YOURSELF!

Tuesday night, New York City seemed to be all Britney-ed out. Everywhere you looked, there was Britney mania. First on the list for the evening was at Britney’s Official Album Listening Party at High Bar. The hallways were decorated with balloons bearing the words “Happy Birthday Britney!” Once upstairs, guests were treated to cocktails and their first listen to Britney’s new album (or for some of us…our second listen after downloading it on iTunes). DJ Bobby Blaze treated lucky listeners included Eli Mizrahi, RCM Models’ Rogelio Castillo, Masha Rudenko, Sheehan Raab, Tiffany Ishak, Geff Yabes, and Michelle Hadman. The packed event served as a pre-birthday party before guests headed over to Tenjune for the pop princess’ official birthday festivities.

Needless to say, as expected, the scene was mayhem. It was definitely worth a glance at Britney, but painting the scene from the outside: hoards of people (young and old; male and female) were crammed behind the velvet ropes, spilling out on the street.. The party was definitely raging indoors, but as the night wore on, Tenjune closed its doors to guests waiting eagerly in the cold under Britney’s almost 4-story banner and admired the huge outdoor stage complete with men on stilts, fire eaters and jugglers. However, all though we left relatively early, the night ended up a huge success—even if it did prove to be a circus. 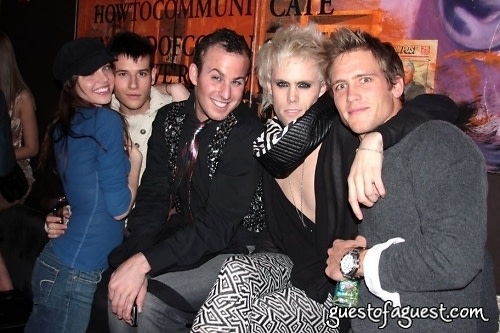