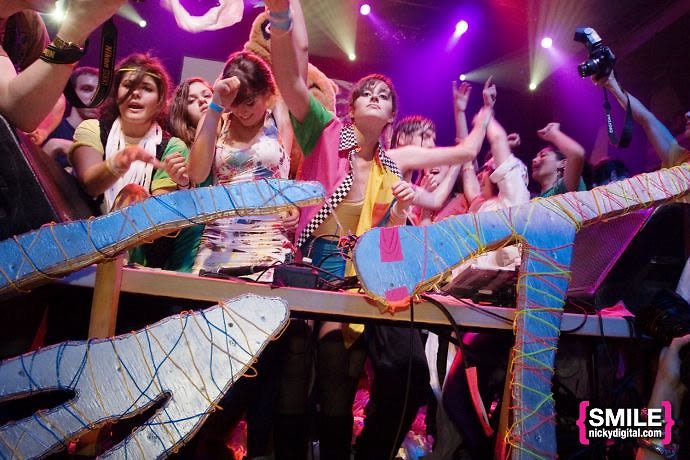 [All photos by Nicky Digital]

Girls and boyz alike are going crazy for Girl Talk these days.  On November 15, the popular DJ took the stage at Terminal 5 and thousands of fans came in their favorite neon outfits and glow sticks.  Girl Talk concerts tend to get out of control.  Case in point? Last Saturday they were the prequel to the Yale-Harvard football game up in Cambridge and the police had to SHUT DOWN the concert after multiple failed attempts at crowd control.  “It was the most unsuccessful successful show ever,” Leah E. Boch ’09 said. 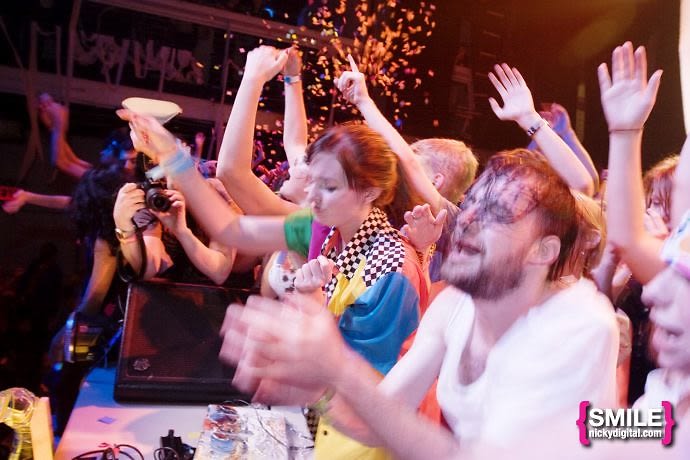 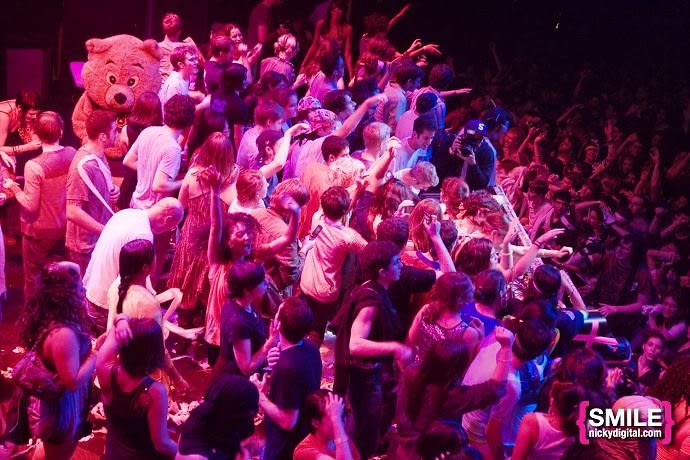 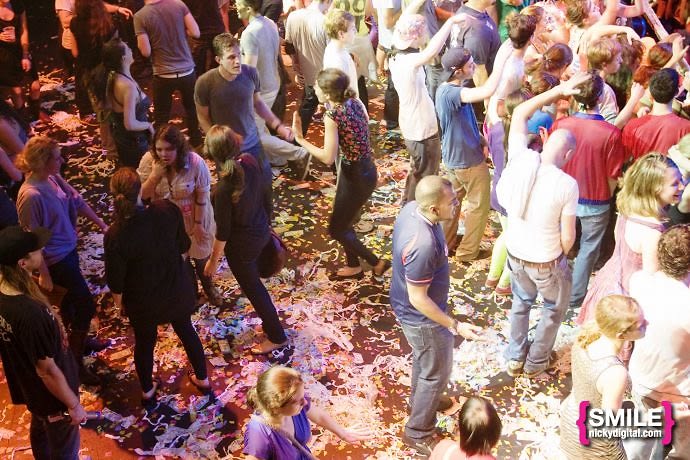 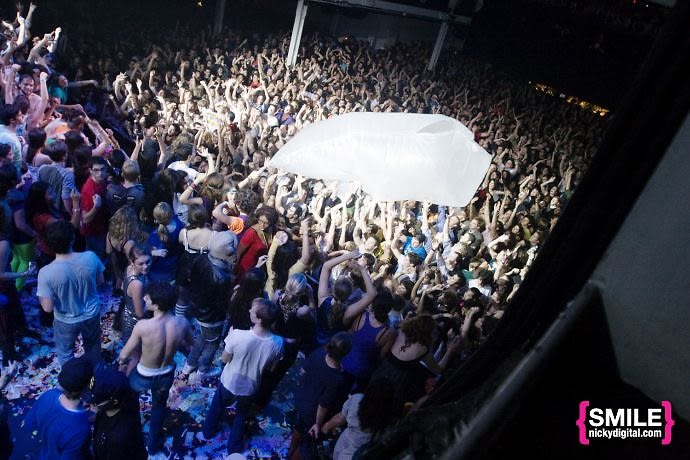