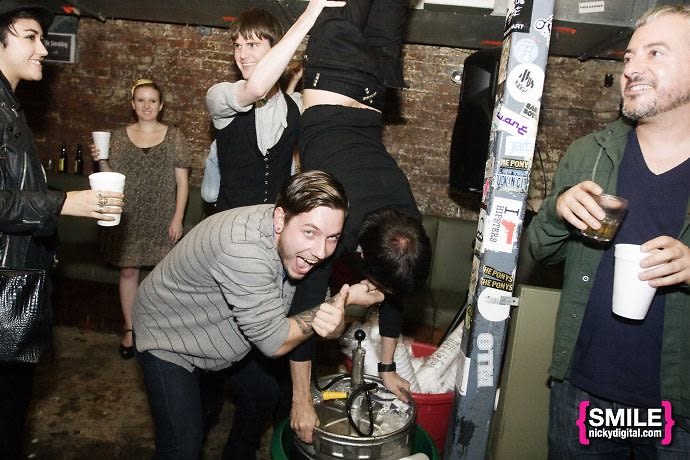 Aww the keg stand.  Always good for turning an otherwise boring party in a basement into a smashing success.  Also, has the ability to bring grown men back to their carefree college days when the only thing they had to worry about was who they were going to copy their Spanish homework from the next day.

Home Sweet Home, on Chrystie street (near Delancy) in fact, looks strikingly similar to one of the houses I used to party in near Creighton U.  And according to Daniel Maurer: "On Tuesdays, the spillover crowd from Happy Ending’s long-running Shit Hammered party can be as freaky as the trinkets." I don't want to be overly critical here, but that carpet?, probably not the best idea for the bar you opened that serves up the sort of characters below.  Raunchy.  I have to go of course. And soon. 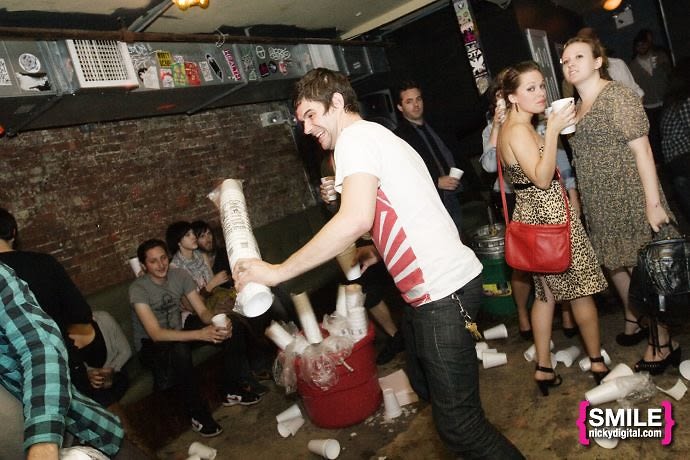 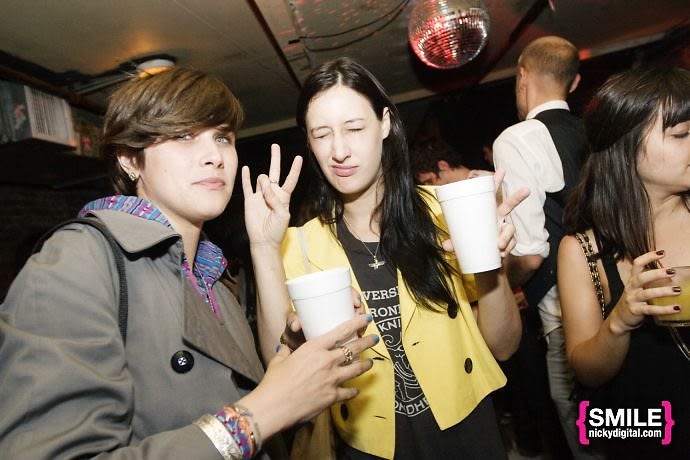 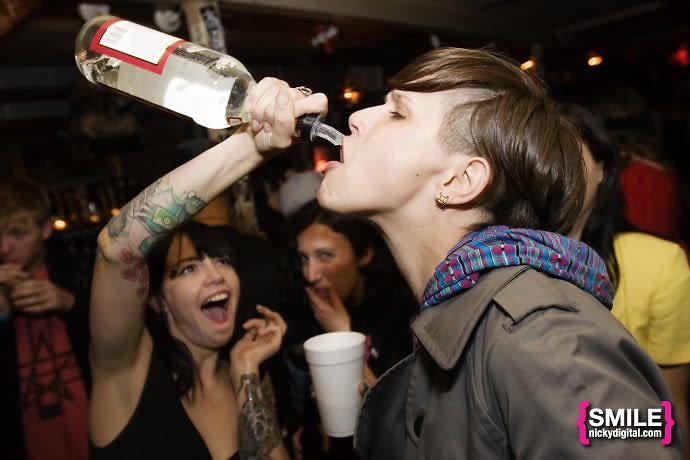 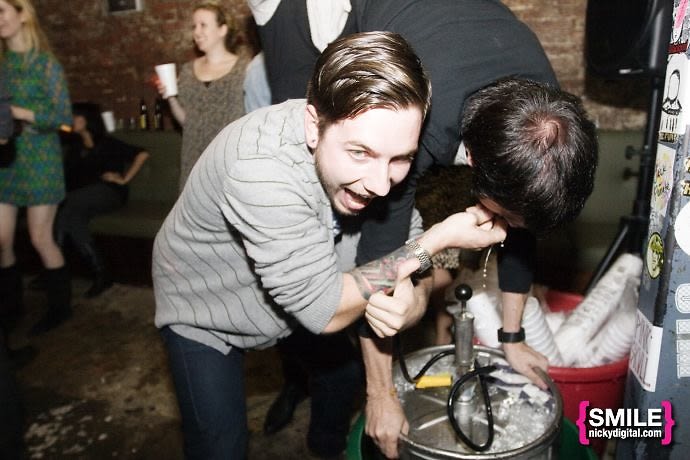 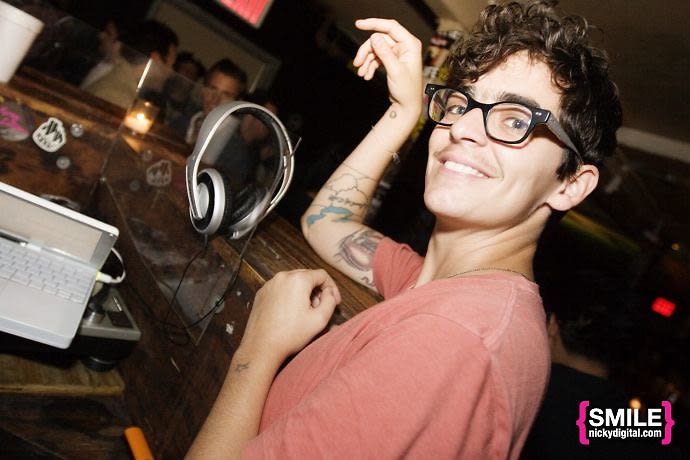 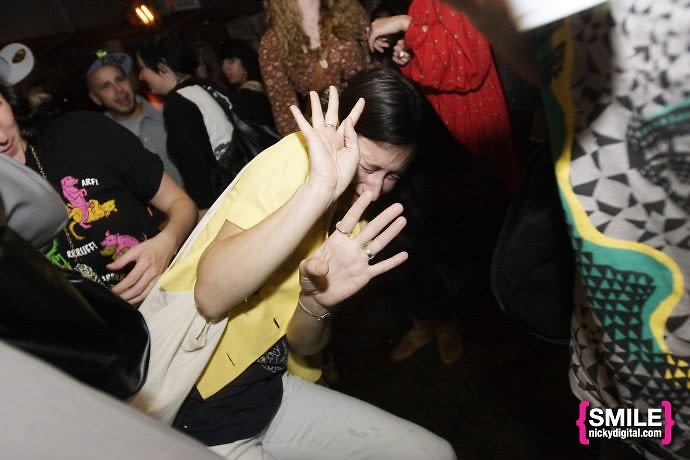