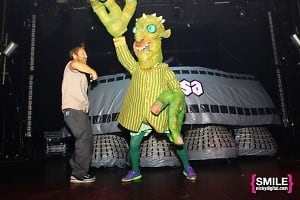 Dave 1 (Chromeo), NASA, Busy P, So Me, A-Trak, Alex English, and RekLes all rocked the stratosphere at Webster Hall. The evening was, appropriately enough, out of this world. (High five to us for thinking of that.)

It was Encounters of the Third Kind all over the place. Don't believe us? Check the photographic evidence. 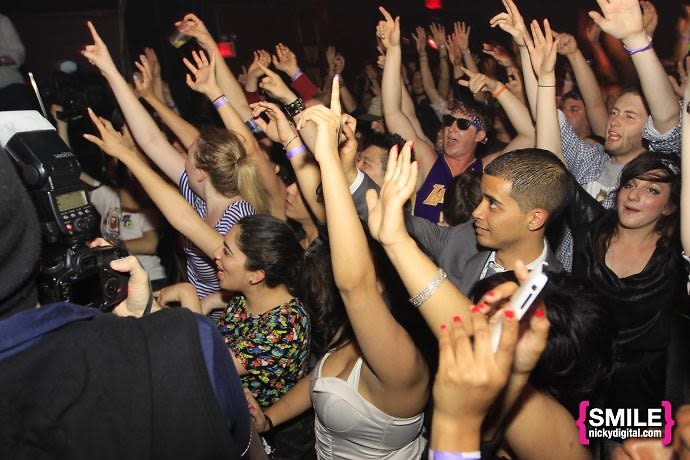 The aliens gathered, preparing themselves to deliver copious face-slaps unto the Earthlings. 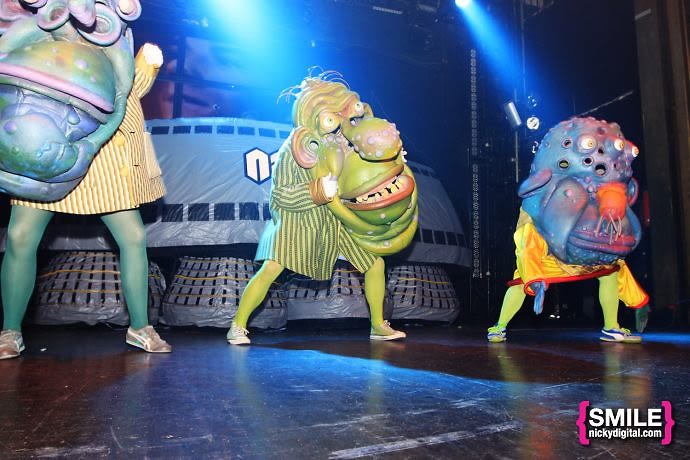 The space fuglies emerged from their ship. They were a shapely-calved species. 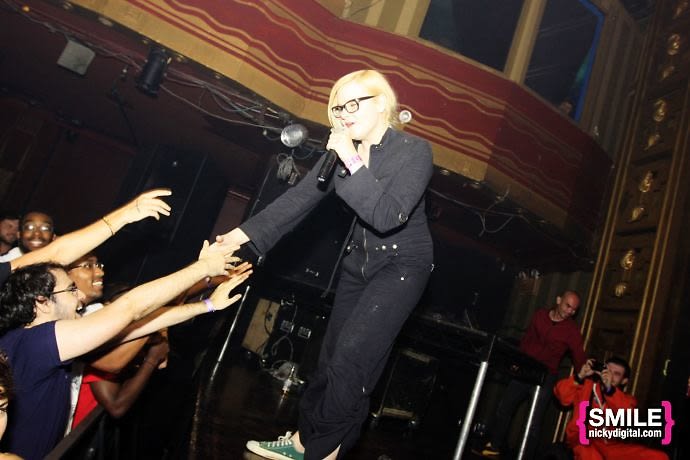 Luckily, the intrepid explorer knew just how to woo the inhabitants of the distant planet: play fingersies with them. 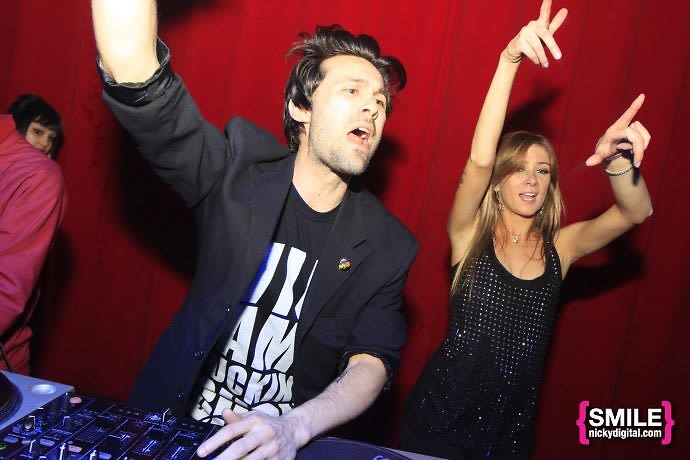 In response, the aliens danced a welcome dance . . . 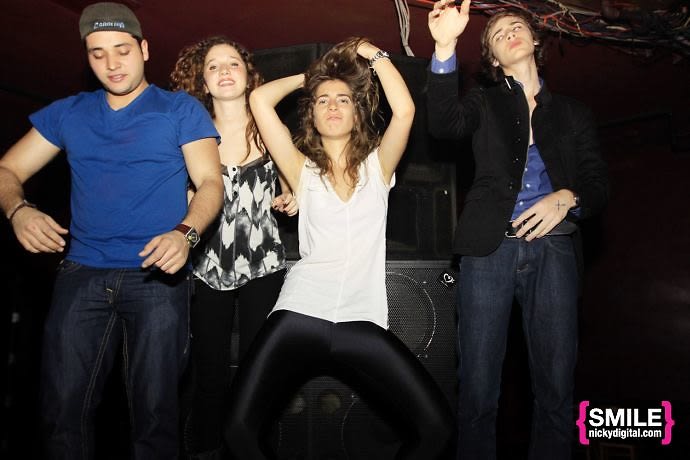 . . . although it soon became clear that their intent was cross-species seduction. 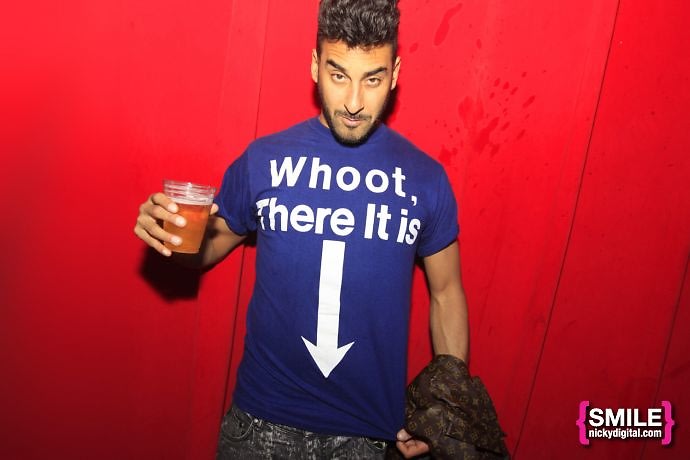 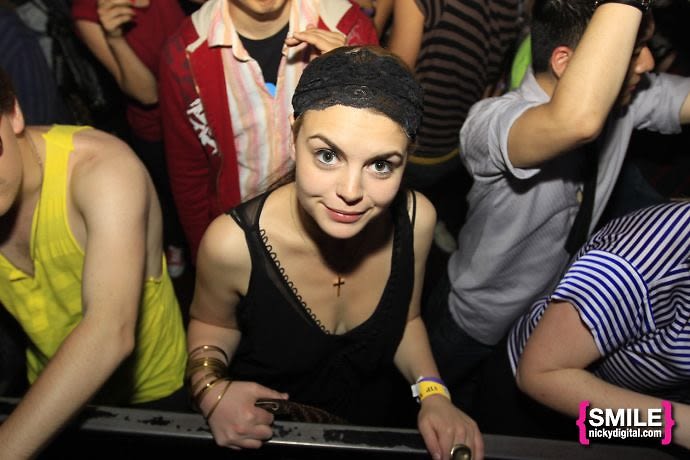 But they had hypnotic eyebrows. 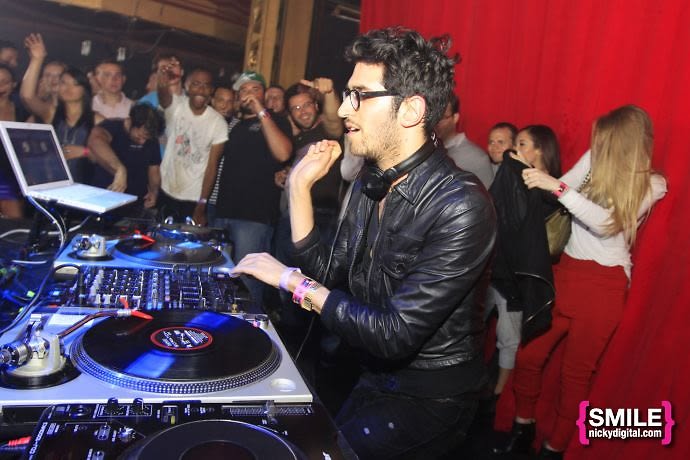 The spaceship controls were hard to master, but the payoff was enormous. 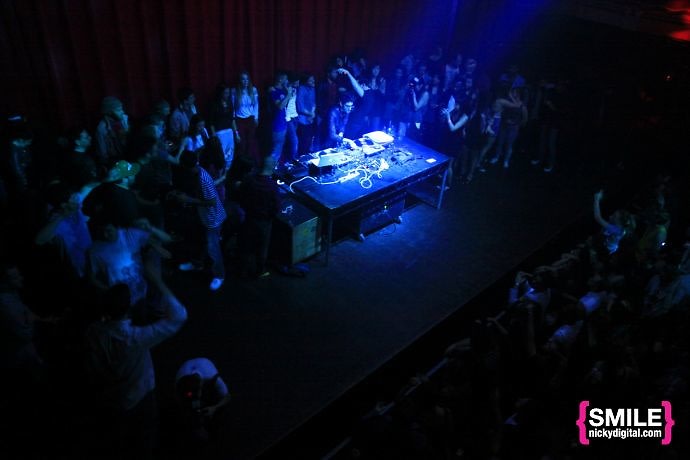 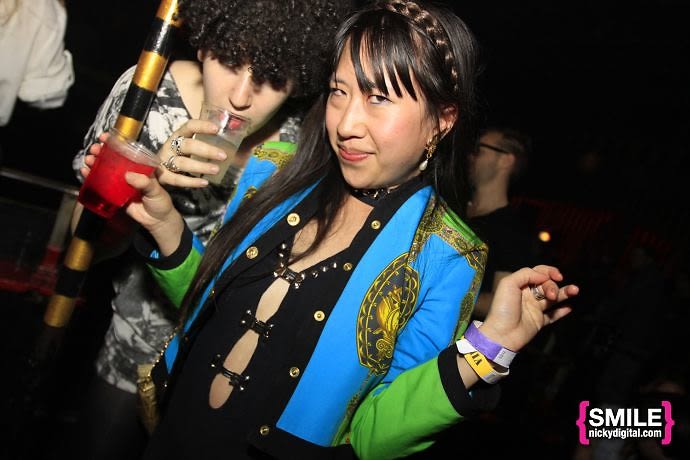 The ship captain instituted a new uniform code, but some crew members were a little skeptical. 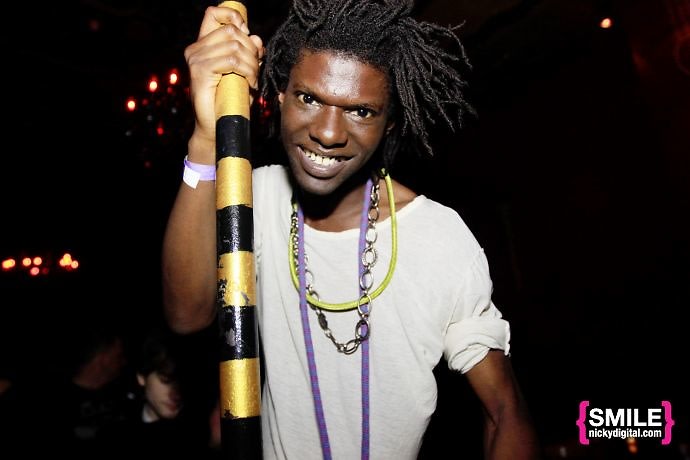 At least there were still casual Fridays. 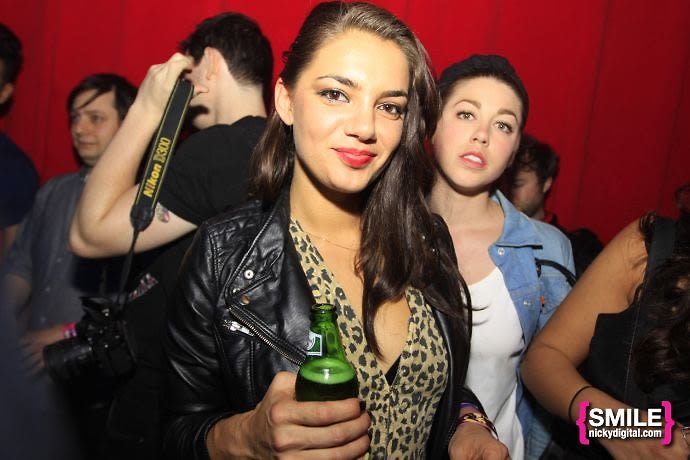 And leopard print never goes out of style, even in the vast vacuum of space.

[All photos courtesy of Nicky Digital]