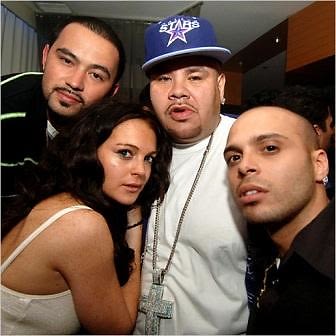 With the recent flurry of new clubs cropping up, we felt compelled to analyze the current scene further. As with anything, nightlife trends in New York are cyclical. The past couple of years have been plagued by an often bemoaned "money-culture" most certainly fueled by young celebutantes producing magazine fodder and financial oneupmanship resulting from ever-soaring Wallstreet bonuses. Bottle service minimums and cover charge barricades have all but extinguished the flames of a once vibrant and energetic scene teaming with diversity.

The 70s and 80s were the days of egalitarianism. Anyone could party and mix in with celebrities under the same roof at Studio 54, that is of course if you got an "ok" from the guy up front (i.e. Steve Rubell). The 90s ushered in a decade of experimentation that saw the emergence of large dance halls and warehouse clubs such as Limelight and the Tunnel, where the main attractions were the highly visible, highly "fabulous", and highly trans-gendered Club Kids who partied for sake of partying.

At the turn of the millennium, nightlife became a refined business model involving outside investors and corporations. The business model inevitably hinged on inequality, since the main focus was on increase the bottom line. Those who could pay the bloated prices got in.

Now, the players in the scene are pitching a new model, or rather going back to the old one of egalitarianism. But it seems that they are simply playing semantic games. When Armin Armiri, formerly of Bugalow 8, opened Socialista this past year, he touted his socialist door policy:

"What I’d like to be done is a socialism as far as the door...What socialism really means is, I give you this and you give me that. And as the door goes, I'm gonna bring you into this nice atmosphere; hopefully you're going to bring your great energy in here. And that's it-that's the only even exchange I want with people." [New York Observer]

His neo-socialism, however, requires a minimum $600 dollar tab if you want to sit down at a table. And the times we've been there the crowd has been a gentrified bunch with a sprinkling of models, bankers, and bottles.

And most recently the boys behind the soon to be opened 1 oak are pushing a velvet egalitarianism:

What they all agree on is a policy of velvet egalitarianism at the door. People will have to earn their way past the ropes with an appealing personal style or disposition, Mr. Jah said, not a promise to pay for bottle service, as is the norm in many places. [NYTimes]

But with all four founding partners of 1 Oak having played a large part in the bottle culture of the past couple of years, it seems doubtful that they will actually put their velvet egalitarianism into practice. The irony of course is that their economic choices have already scuttled their utopian dream, relegating it to nothing more than a pipe dream. They have sunk $3 million dollars into 1 oak, making it from the onset unfeasible not to charge exorbitant rates.

Whether they intended to or were forced to invest a large sum of initial capital due to today's competitive environment, don't expect a change in the club culture anytime soon, just a more obtuse explanation and packaging of the ongoings.