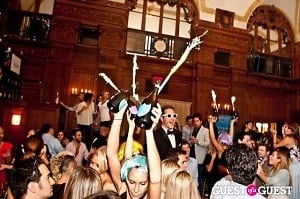 Though Derek and Daniel Koch have gone on from the Plaza to parties in the Hamptons and St. Tropez, they haven't entirely moved on from being pushed out of the swank landmark. They are fighting back, suing The Oak Room owner Eli Gindi for $1 million.

Ouch! The Koch brothers had a three year deal to hold their boozy, sparkler-filled brunches in the Oak Room. When Gindi was sued by the Plaza in May for $33 million for what a spokesman called “numerous violations of the lease,“ he not only terminated the contract with Day & Night, but also blamed them for his troubles, stating publicly that the dispute centered on the Koch brothers parties. And they may well have been.

The Plaza felt that the events noise, from revelers popping champagne and dancing on tables, disrupted the hotel's hoity-toity guests and full time residents and dirtied up the bourgeois air of the hotel. Court papers filed by the Plaza stated that Jeffrey and Eli Gindi had allowed the reputation of the legendary eatery to falter, hosting regular Burlesque shows and encouraging:

"raucous and/or vulgar" behavior, loud music, and illegal drug use, in addition to failing a city health inspection and garnering less-than-stellar restaurant reviews, the suit alleges."

The NY Times ran an excerpt that stated the Gindi brothers hindered the:

"costly efforts to restore the landmark Plaza Hotel to its former glory, in a city where the amenities and manners of cosmopolitan society have increasingly given way to the rude and ordinary." 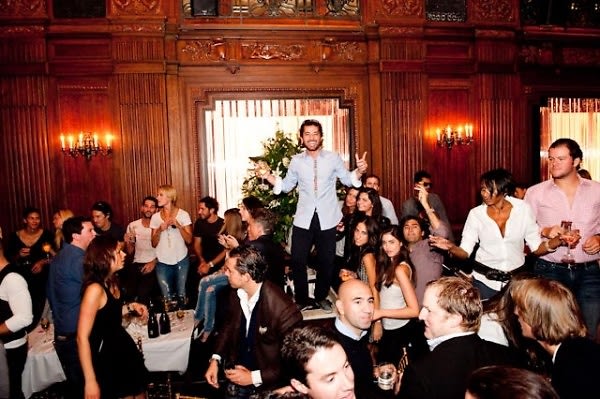 Gindi was in a sticky spot. The Plaza may not have approved, but he needed the cash flow. Rent for the Oak Room was $50,000, and they put in some $50,000 into the restaurant per week. Each boozy brunch pulled in an average of $180,000 per Saturday afternoon.

Page Six reports that Rick Savitt, the attorney for the Koch brothers, filed the million dollar suit against Gindi on Friday, alleging he "unilaterally decided to terminate the contract" after one year without giving 30 days' written notice.

So basically, Gindi is getting screwed from all sides.