We started the night at our friend Eric Doeringer's show of new work at Mulherin + Pollard. 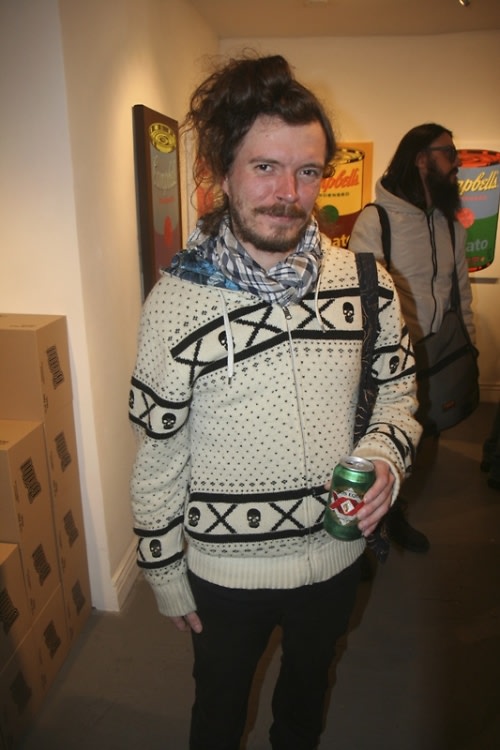 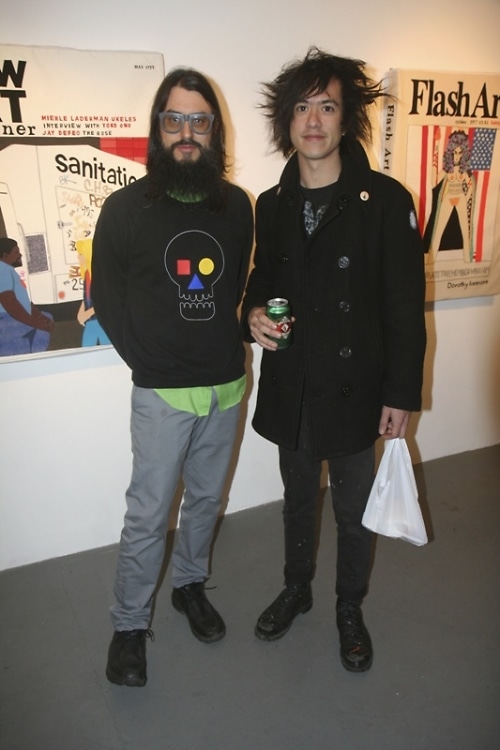 "Art people.  Can you believe this isn't Brooklyn?" 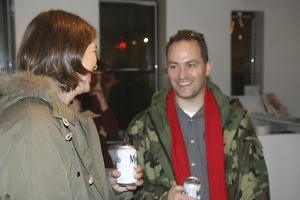 We bumped into artist Ryan Humphrey and had a long discussion about how Jay-Z is not an artist, he's a singer. But Lil Wayne is super cool. Ryan used to think he was an idiot but after spending a day with him he realized he's just a guy that wants to hang out and skateboard and make music.

Ryan kept shaking his head over Eric's appropriation art, which we won't show you for legal reasons. He kept saying if Eric had been through the kind of copyright lawsuit he'd just been through, he wouldn't have the nerve to make such aggressive work.