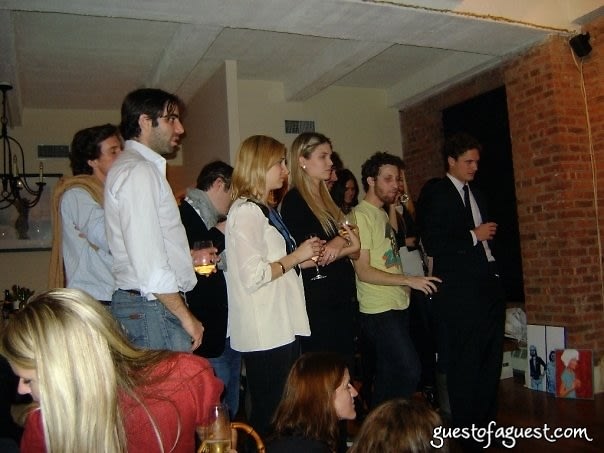 Go HERE for more photos and TAG YOURSELF and your friends!

I believe these moments come few and far between in a life time. A moment when the entire nation, or maybe the world, watched and everybody can ask, "Hey where were you when?" In our lifetime there have been a few. For some ( a bit older) it was the berlin wall, for others it was the discovery shuttle disaster, certainly for everybody reading this, it was 9/11. But now comes a moment, and for the first time in a generation a proud moment, when we can all stand up and say, "Where were you when the first black president was elected to the United States?"

Well, we were at our friend Shawn McDonald's Loft. It wasn't swanky, and it wasn't A-list. It was a bunch of friend's getting together to celebrate a moment in time, in history.

Cheers were heard and tears were shed, and I will always remember where I was and who I was with. I share Barack Obama's sentiment, we are one nation, united. I hope, for the first time in a long time, for that future.

Election Night With Scott And Naeem