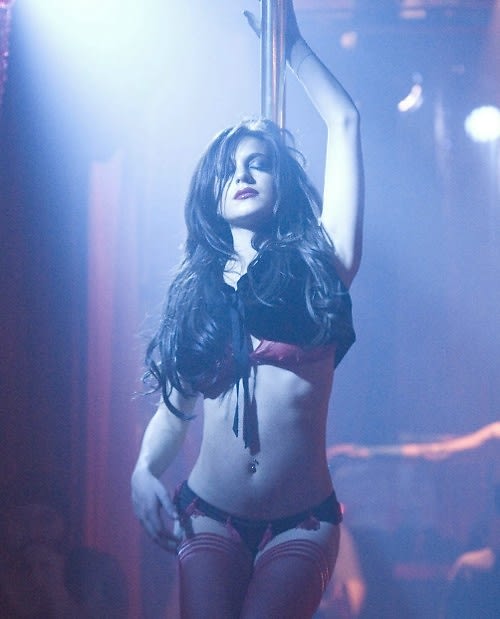 With the abundance of topless lesbian hot tub kisses at Le Bain (as chronicled by Terry Richardson's omnipresent lense), one wouldn't have thought there was room for more hip strip on the West side.  Not so!

Perhaps hip strip is the new, less-refined version of The Box, which was all the rage a few years back with its on-stage fornication acts thinly veiled as a type of burlesque show that more often than not ventured into the theater of the absurd.  Back then, The Box created a semi-underground feeling and injected New York nightlife with an excitement and energy that had been missing for some time post-27th Street "Club Land" in Chelsea.  Equally impressive was the ornate nature of the theater Simon Hammerstein created with Serge Becker (of La Esquina fame) and the resources they poured into each production.

Gritty it was not.  And what perhaps undermined the whole production and authentic feel was that in reality people were admitted if their money was green.  Unlike the mercurial door-policy of Bungalow 8 under Disco's reign (he now works the door at Travertine), The Box was at the end of the day predictable, making it quickly become shopworn.

Quiarte and Kliegman's new hybrid concept will certainly inject some "old" New York into the scene (think Time Square pre-Giuliani), and juxtaposing the Jane crowd against stripper poles should feel more carnal.  But the question remains: will it be predictable?  Will it simply be the same people in a different room? The "new" Don Hill's rock bar has so far managed to walk this tight rope bringing in new management while not appearing too manufactured or affected. Hopefully Westway will be something new.