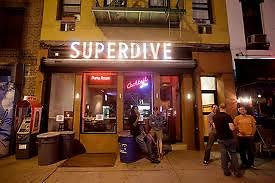 EVGrieve has kept tabs on the bar's saga. After he noticed and wrote about some perplexing signage in the Superdive window, management emailed him what in some alternate universe could be described as a clarification. In our own universe it reads more like a prickly joke, but no matter.

To sum things up: Superdive has a new literacy program "invented by babydive and his 'dive says read' slogan;" Superdive is for sale, but no "legitimate operator" wants to touch it; and, people like beer.

If you go out on a very long limb and take these developments seriously, it turns out Superdive currently sits at the crossroads of several big current topics:

Childhood education: As schools returned from summer break, America's wretched public education situation quickly took over bedbugs to dominate the national conversation.  There's Davis Guggenheim's hot doc Waiting for Superman. And Mark Zuckerberg's (some say) suspiciously timed entry into the philanthropic world with a $100 million gift to the Newark public schools. Not to mention a contentious race for Washington D.C. mayor that some saw as a referendum on the incumbent's overhaul of district schools. Who better to enter the fray than Alphabet City's very own theme park dive bar?

The real estate market: The recession might technically be over, but it's tough to claim a full Manhattan real estate rebound if every Tom, Dick and Harry isn't opening up an East Village bar. But that could be thanks to..

...NIMBYism: The email claims that no one stepped up to buy Superdive because "everyone was scared away by the big bad wolf aka the sla committee of [Community Board 3]." CB3 is a tough crowd, but I'm not sure the picture, below, management attached to their email (which also promoted Superdive as a venue for school fundraisers) will have much of the desired soothing effect. 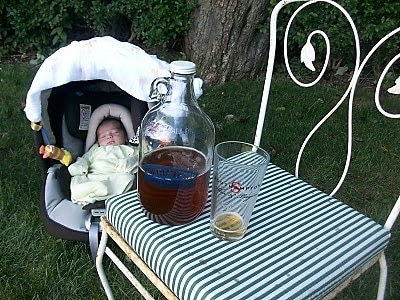