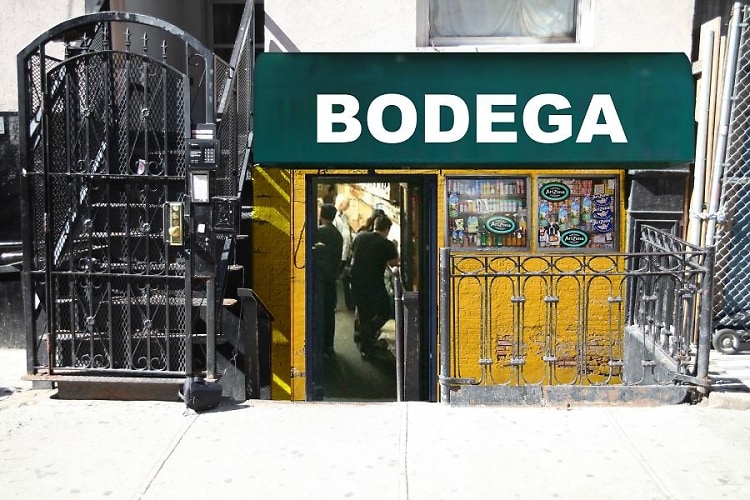 After two years of development, finally a new LES spot will be combining the two things it is most known for --  bodegas and bars. The new speakeasy, Bodega, set to open this spring, is attempting to give every young Lower East Sider exactly what they crave: cheap groceries, 40 oz. beer, cigarettes, and DJs. The spot will be opening up in the former beloved Darkroom space, but with a completely different vibe.

Since being the general manager of the City Club Hotel, to the director of operations at the Hotel On Rivington for 5 years, to his last gig running the Capri and Nobu in Southampton, James Woods has his fair share of F&B experience. But now as a principle at No Fun on Ludlow, and his latest developing project Bodega, he's showing NYC what he's really got up his sleeve. Check out what he had to say about opening his new spot in the LES...

The location is the old Dark Room, how will the feeling change? Will it be as, well, "dark"?

Yes, Bodega is the old Darkroom space but definitely won't be as dark.

How will the space feel? Are you making any additions or changes? What is the decor like?

The design of the club/speakeasy space will be very chic and sexy. We will have bed/banquet seating through out most of the venue. We are trying to capture the opium den feeling. We are completely redesigning the whole space and nothing will be the same as it was.

What will make Bodega different from all the other typical LES bars in that area? What's the inspiration?

I think the concept of Bodega will set us apart from other places on the LES -- the concept of Bodega is the front of our venue will be a fully operational 24 hour old school lower east side bodega. Customers will be able to purchase eggs in the morning and rice and beans in the evening. We will also sell everything a normal bodega sells including 40 ounces of beer, cigarettes, and quarter waters. The bodega will also serve as the entrance to the sophisticated and sexy club/speakeasy.

The club/speakeasy aspect of Bodega will be open 5 nights a week.

Will there be a DJ? If so, what kind of music can we expect?

We will have a DJ 5 nights a week and the music will be all genres. The DJ will spin in the front of our dance floor.

Will you be serving any specialty drinks? Any deals we should expect?

We will offer a very elaborate cocktail menu that features Perrier Jouet champagne cocktails as well as a Bulldog Gin London Lemonade. We will also offer a Bushmills Honey dirty french martini. We will also cater to doing bottle service on the later part of the evening.

When is your opening date?

We plan to open May 1st.

Apparently people are so excited that Woods has even heard of people attempting to duplicate the name and concept. Forties and cigs AND bottle service? We are interested to see how this pans out.