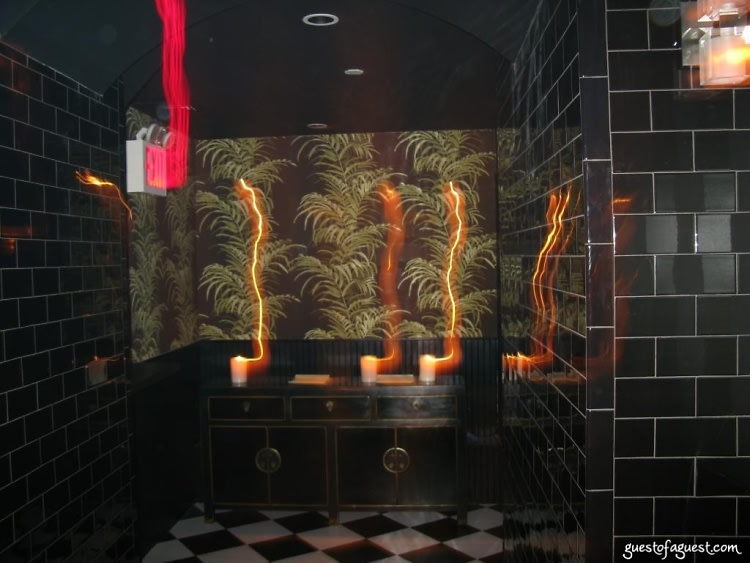 Go HERE for more photos from this event by Rachelle Hruska

Southside, the newest addition to the nightlife scene, officially opened its doors last night.  One may argue that location is the best thing the Martignetti boys have going for them, until they step inside.  Besides the viable locale (across the street from Goldbar, underneath their popular Soho restaurant, one of the only late night spots in the area, etc.), besides the music, besides the new grown-up and sleek decor, and besides the new drinks, they have the key that makes or breaks a nightlife venue: the crowd.

The Martignettis have it down to a science.  It takes a mixture of people to make nights like last night happen.  It takes the hipsters, the socialites, the bankers, the artists, the famous actors, the Aussies, the young and the old....it takes them all to reach a common agreement: It's time to have fun!

I spoke to the enablers of it all: this was the fruit of their labor. 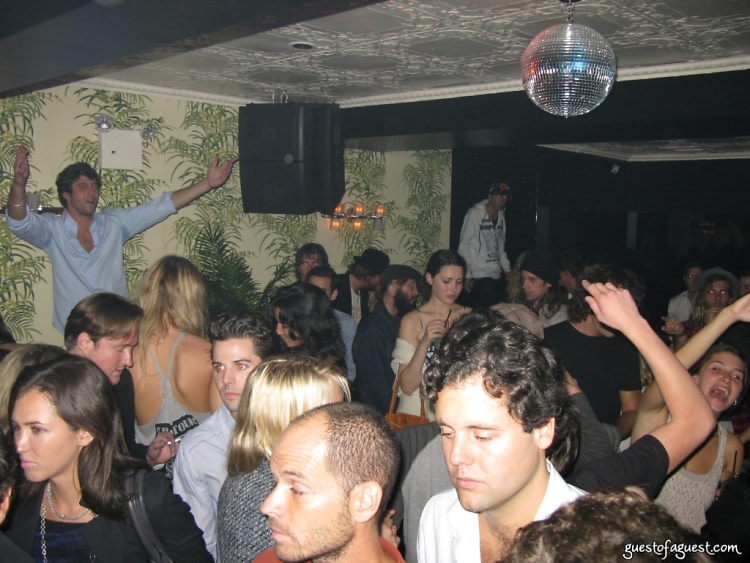 I listened, I drank, I danced and I laughed.  And in between it all, I caught some of the details:

The booths that were on the south side of the space are no longer present at Southside.  Now there is a sleek hallway, complete with black tiled walls, candles and trees.  The floor is checkered....but the checkers (and backgammon for that matter) are gone.  The private booths that do exist are at the left of the bar, and in the back.  The "VIP" booths are to the left of the massive elevated DJ booth, which is in the CENTER of the space.  It's pretty disorienting at first as the only things left of Bella's skeleton are the bathrooms and bar.  Oh there's a new drink, didn't catch the name but it's yellow in a martini glass with a cucumber on the side and is flirty and fun, as are the bartenders.

The music: the best thing about Southside (and Bella's for that matter) was that I danced.  This is a pretty big deal if you know me.  I don't just DANCE anywhere (partially because it's embarassing), mostly because I don't know how to dance to the remixes at clubs.  DJ Nick Cohen provides consistent dance-worthy music.  From Johnny Cash to MGMT to MIA to Journey, this is like the grown up high school dance... where everyone becomes instant besties on the dance floor.  It's CLEAN dance music, the kind you can swing to, and do.  A welcome change.

Southside is my "city" equivalent to Surf Lodge.

It may not be for everyone.  But it is for me.....and that banker, that Aussie, that actress, that socialite, that hipster...it's for them too.  And it's just in time to save us all.

p.s. Forget about texting your friends downstairs if you're outside trying to get in: there is NO CELL PHONE service downstairs....a good thing in the end, because let's face it, you really don't need those drunk dialing/text messages to come out after dark.