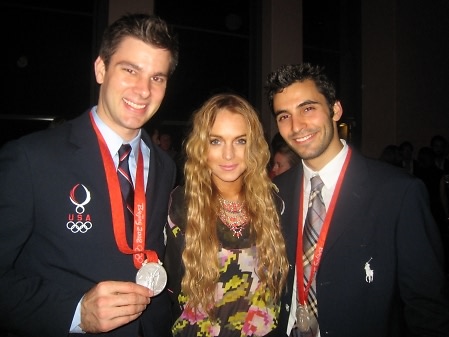 Monday night at the Blackbook party for Steve Lewis at Aspen Social Club, we ran into two guys who were on a mission to temporarily live the life of New York socialites. Just fresh from the Olympics in Beijing, Tim Morehouse and Jason Rogers have been spreading the residual joy, from receiving silver medals in fencing, all around New York's hottest spots. They told Ari Cohen (our newest intern) that although their training schedules didn't allow for going out, ever since they have gotten back to the states the two Olympians have been meeting people and making friends all around town. Their social schedule, lasting all week and sometimes weekends too, has them hitting up all of the best parties.

So far they have hung out with Lindsay Lohan at the Key to the Cure event, The Bowlmore lanes 70th anniversary party with Michael Phelps, the opening of Lucky Strike Lanes, Richie Rich's album release party at Citrine, and Bronso Arroyo's party at Country Club.  They are set to go to the Young Patron's of the Lincoln Center event tomorrow night, and Halloween plans? The sky's the limit.  Scott and Naeem better watch out, there's a new duo in town...but not for long, in a few weeks they'll be back to training and they'll be no time for partying.

We will be following Tim and Jason during their NYC nightlife spree. 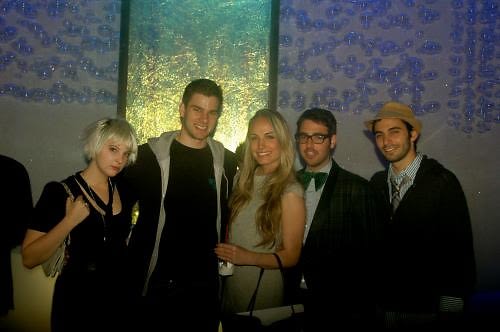 Tim Morehouse runs a blog called the Sword Life.  It keeps us updated on the pairs whereabouts.  Also, he's been on msnbc where he talks about his love of the Dixie Chicks, his Teach for America days, and his go to karoke song "Every Rose has it's thorn" of which he sings.

Jason Rogers tells us all about the sexy sport of fencing and why it's relevant today in the video above. 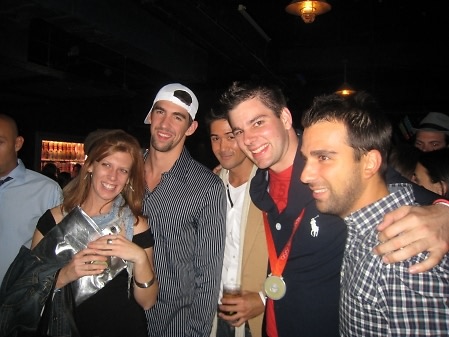 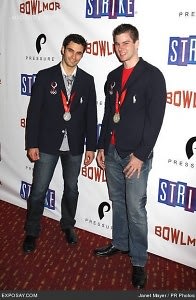