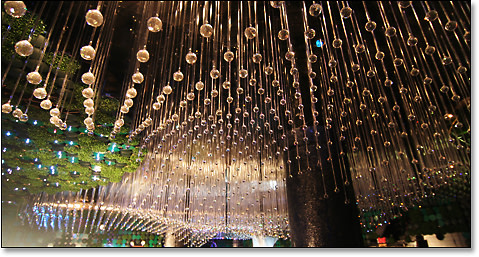 Only the truly brave venture to a restaurant on its opening night...however, you have to be a downright die hard nightlife fan to show up to a CLUB on its opening.  Scott and Naeem went by to check it out but, upon seeing the windows still being installed around 11pm they decided to call it a night. Which is why, we left the pioneering to Brittany over at ChiChi212 in regards to Jon B's newest venture, Greenhouse, the newest club on 150 Varick street that is more eco friendly than your local Whole Foods.  Here's the scoop:

Live posting from Greenhouse Part One: How do you put 10pm on your invite and then not let people in until midnight? Our spy Delta Dawn, walked right in, because she knows everyone, and said the bar is still being drilled in, tape is being pulled off, and people are MOPPING.

“The bar looks like a cutaway of the earth with rolling green hills, minature trees and the layers of the earth. But right now you can’t put a drink on it because they’re still drilling on the glass top.” Sounds cool but only if people can see it. And Jon B is flipping out. We shall see. In the meantime I am looking for somewhere to hang out. SOB-closed. Some Steak Frites-closed. Uuugh. Off to Ditch Plains we go. [ChiChi]

Live posting from Greenhouse Part Two: I’m sitting next to Kevin Spacey, who has on a baseball cap like people will come up to him.Someone had to point him out, I didn’t even notice. Really Kevin? Really? P.S. The music at Greenhouse is way too loud. I am deaf in both ears.

Live posting from Greenhouse Part Three: And the fire alarm has gone off. How long do you think it will take until the FDNY shows up? P.S. Why has the DJ started replaying songs? I wasn’t aware people still had only 50 songs on their iPods…

And, because we love Steve Lewis, here's his recent interview with Jon B where he asks him the question we have all been wondering (is this a gimmick) we love you Steve:

And tell me what the idea of Greenhouse is. Why eco-friendly? Why’d you go that route? Well, I think the whole world is going to be revolving toward the eco-friendly, energy conserving, using recyclable materials status, and I wanted to be the first one to raise awareness of it through nightlife.

Is it because you really care about the environment, or is it a gimmick? No, I think it’s very important.