A Victoria Secret model battle over the best Halloween party of the year, Sons of Essex finally opens to the public, The White Slab Palace closes down after three years, and so much more!

1. Victoria's Secret top model Miranda Kerr is hosting her very first NYC Halloween party, and she's having it on the same night as - get ready - HEIDI AND SEAL. Heidi Klum, the former head honcho Victoria's Secret Angel is having her bash at PH-D, and Kerr's will be will be at the Catch Roof, the new spot in Meatpacking. [Page Six] 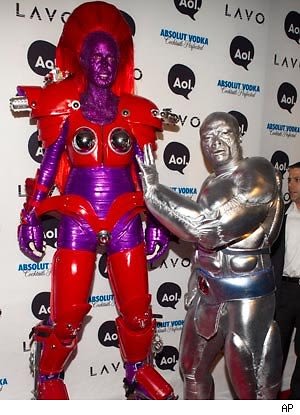 [I highly doubt Miranda Kerr will even come CLOSE to Heidi's Halloween expertise... Photo via]

2. The new Lower East Side restaurant, Sons of Essex, officially opened yesterday to the public. The venture by Matt Levine and Michael Shah has already had three weeks of special events, including the "Like Crazy" premiere, and the Nylon Magazine and Armani Exchange private dinner with Elizabeth, Mary-Kate and Ashley Olsen. [BoweryBoogie] 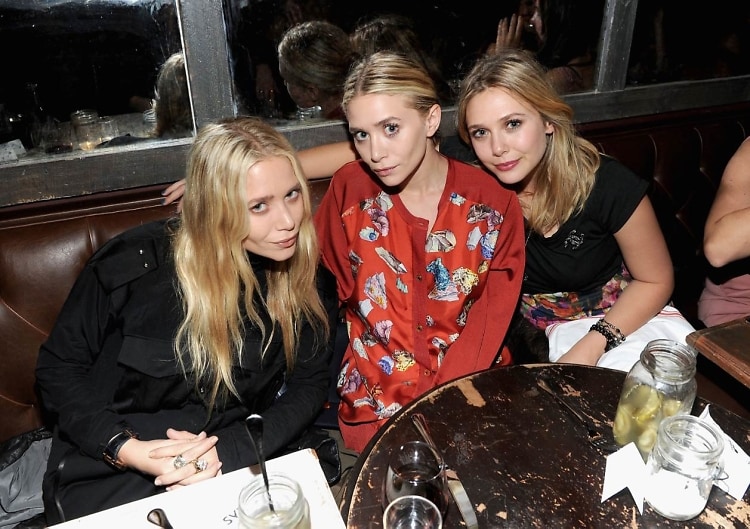 3. The White Slab Palace has officially closed after three years. The Scandinavian spot put this letter on it's door:

We are sorry to be closed. After having been harassed by the 7th Precinct for months and months on end, we are now facing a very uncertain future.

It is with great regret we turn toward tomorrow and the times to come, yet we remain hopeful that brighter and lighter days lie ahead.

And…memories of times gone by couldn’t have been so lavish and exquisite had it not been for all of you who came here and to Good World, with all your stories, pasts, personalities and individual traits!

Thanks again, and until further notice, hope to see you all around.

PS. Sincerest thanks to all staff (throughout the years) most of whom have stood by us through thick and thin, and who have also proven themselves to be knights and princesses worthy of a fine large round table where might was prowess and where a pure heart always won the fight of a worthy cause. 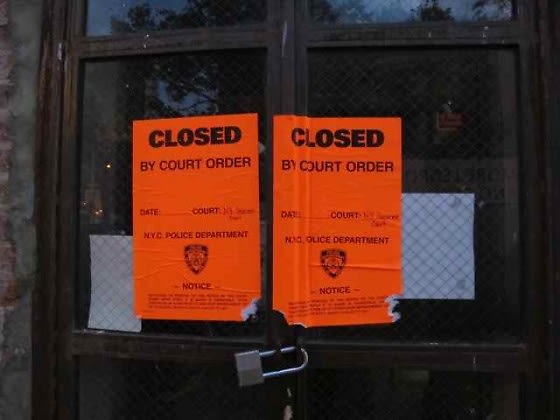 The Seventh Precinct wouldn't let up. White Slab was the followup to Good World, which suffered a similar fate at the historic Bank of the United States building. [BoweryBoogie]

4. Want to do something spooky this weekend that isn't a all night rager with drunk assholes dressed as Amy Winehouse?  Check out our guide to haunted joints in the city. [GofG]