In a strange turn of events, Travis Bass wants to take Kim Kardashian out on date, Juliet falls prey to "renovations", graffiti artist Andre Saraiva is coming to Half Gallery and so much more in today's Nightlife News Roundup.

1. Travis Bass is taking back his harsh comments re: Kim Kardashian. The Red Egg owner wants to apologize to the reality-TV star by asking her out the only way she understands, via Twitter.  He says Kardashian reminds him "of the girls I grew up with", and wants to treat her to dinner at the Carlyle or a stroll through the Museum of Natural History. [NYDN]

2. Supper club Juliet is undergoing "renovations", also known as the kiss of death. The landlord has apparently been trying to evict the crime-ridden nightlife spot for violating terms of the lease.  Considering the recent stabbings and shootings, many believe the club to be closed for good.  It was dangerous while it lasted. [Eater] 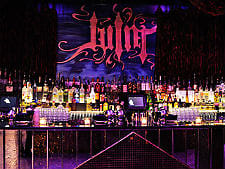 4.  Following the Giants' win over the Packers, football stars Hakeem Nicks, Victor Cruz, Ahmad Bradshaw and Corey Webster headed straight from Green Bay to the Meatpacking District. SL, to be specific, making it the second time Big Blue has partied til morn' at the Downtown lounge. [NYPost] 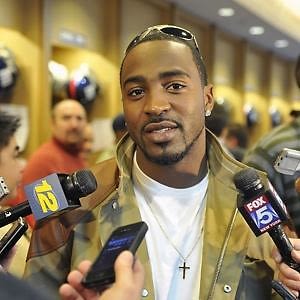 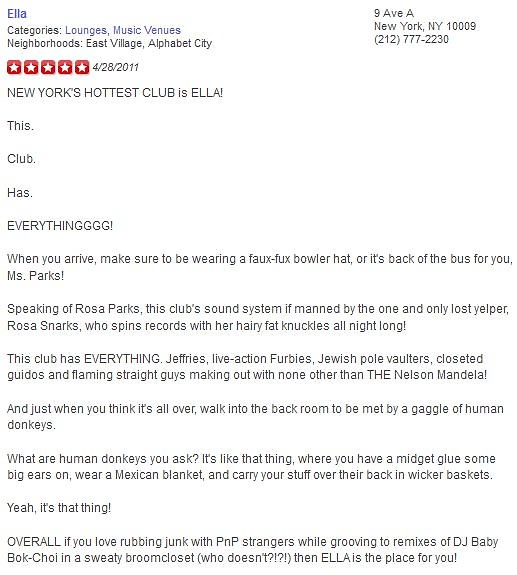 Rosa Snarks is so it right now. [Yelp]

6. James Murphy and Pat Mahoney of LCD Soundsystem played the Electric Room last night. They reportedly spent the night playing unrecognizable electro tracks, as a girl with a shiny scarf tied around her waist danced by herself all night. Drunk girls, drunk girls, drunk girls. [CapitalNY] 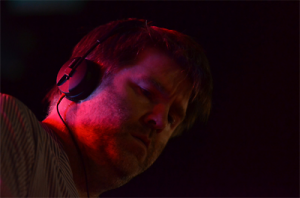