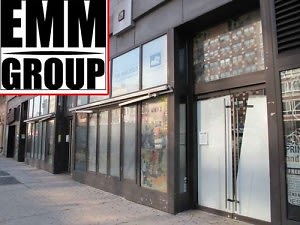 Confirmed: EMM Group has restaurant plans for the much buzzed-about space at 199 Bowery, Red Sky Lounge has a new owner, NYC's first gay hotel gets kinky and so much more in today's Nightlife News Round Up. - - - -

1. After much denial, EMM Group has confirmed their plans to open a not only a restaurant, but a tapas lounge and bakery at the coveted space at 199 Bowery.  The spot will feature Latin and Asian flavors and promises to be "family-friendly". [Eater]

2. Ronan Downs, owner of the Financial District's Stone Street Tavern, will be taking over Murray Hill's Red Sky Lounge.  The three-story haunt, complete with rooftop bar, has been the cause of much chagrin for its neighbors, even being described as a "constant source of misery".  Good luck, Ronan. [DNAinfo] 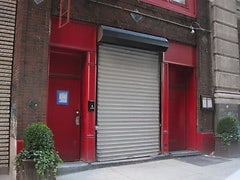 3. The Out NYC, Manhattan's first gay hotel, is offering guests the option of communal lodging. Guests will be provided with a single bed, cubbyhole, television, some curtains for privacy- and a whole bunch of roommates you've never met before.  Best sleepover ever! [Queerty] 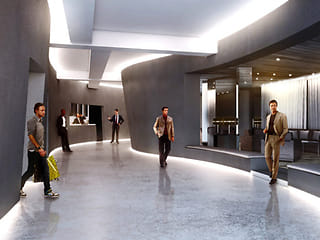 4. LES bar Sorella is temporarily closed for unknown renovations. After surviving three years in the nightlife biz, the downtown drinking hole may be on shaky grounds in light of the abrupt closure. [BoweryBoogie] 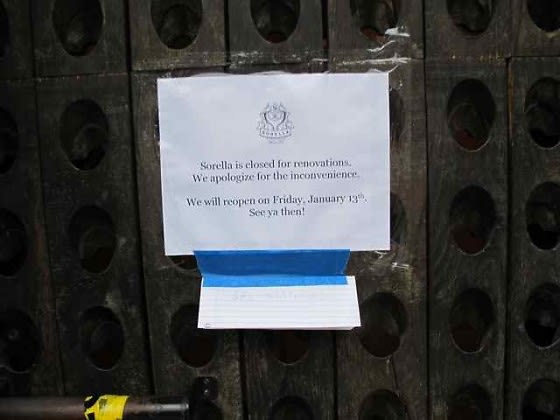 5.  East Village residents want fewer bars. LES locals are not only sick of the neighborhood's famed dive bars, but also their pricey boutiques and lack of budget-friendly establishments.  The rent may be too damn high, but to imagine a life without Piano's or Fat Baby...would actually be okay come to think of it. [Observer] 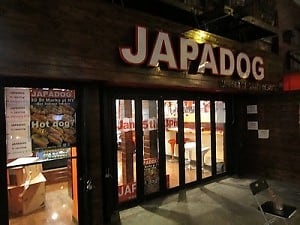 "[T]his is only the beginning of Japadog's legacy of becoming the world’s best hotdog store. Japadog's mission of making the world happy though hotdog still goes on, and we will like to devote all our time to make Japadog a better place. We thank everybody again for making everything possible."- Japadog President Noriki Tamura via Facebook

And by everybody, we mean all three of you. [EvGreive] -