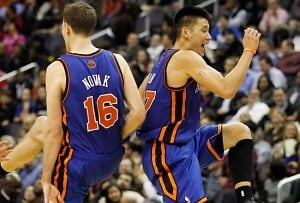 Jeremy Lin has been spotted clubbing in the meatpacking district, the Barclays Center may be instituting a 10PM alcohol cutoff, Inga is now officially open at 141 Chrystie Street, and so much more in today's Nightlife News Round Up!

1. Jeremy Lin may have fallen victim to the NYC nightlife scene despite his Christian values. Lin was spotted with some teammates club hopping around the meatpacking district, drinking, and partying it up with females. Is Tim Tebow going to be the next religious athlete to be sucked into the NYC club scene? [ChristianPost]

2. A neighborhood petition backed by the group "Brooklyn Speaks," is demanding that the brand-new Barclays Center stops serving booze at 10PM. If the group gets its way, the future home of the Brooklyn Nets will be forced to stop serving alcohol at halftime for basketball games, and at 10 for all other functions. The arena will seat up to 18,000 people for a variety of different events. [DNAinfo] 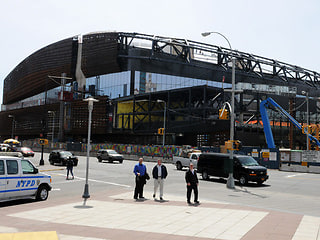 3. Inga, a new three-story club, will be taking on the challenge of succeeding at 141 Chrystie Street. Although several clubs have opened and closed at the same location, designer Travis Bass believes he can channel a retro party scene that will attract all types of different people. Inga is now open, and features a raised V.I.P area, karaoke, and private rooms. [Eater]

4. In three weeks, The Nomad will begin offering $125 five course tasting menus up on the roof. Daniel Humm and Will Guidara plan to offer dinner tickets each morning at 11am. However, if rain is in the forecast, no tickets will be available for this outdoor dining space. The space features a small kitchen, and a bar in the lobby area. [Eater] 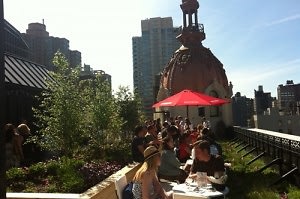 5. Teorroir Wine Bar will be opening a seasonal outpost on the High Line. Marco Canora's signature meatball subs will complement a new line of dishes featuring local ingredients at this temporary cafe. The restaurant will open on May 22nd, and will operate through November. [NYMag] 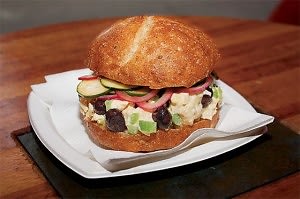 6. Eddie Huang responded to a Gawker piece yesterday on his blog, The Pop Chef. Eddie Huang argues with the article that mocks the "real rock star" chefs at the Great GoogaMooga festival in Brooklyn. [Eater]

Your article is dope, you got the traffic you wanted, but if you're going to hate the food scene for hyperbole and dishonesty, CHECK YOUR FUCKING SELF. If you're gonna get on your PSA and announce the end of food as culture, get it fucking right. 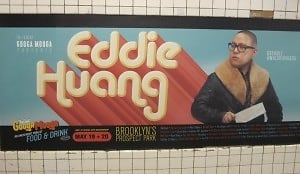 7. SceneTap, an Austin-based nightlife startup app, will be launching its facial detection software in San Francisco. Using the free app, you can check out the demographics of a select bar before you arrive. SceneTap uses facial detection cameras to identify male-to-female ratios, average age, and crowd size, which is useful for both prospective bar attendees, and bar owners themselves. [SFWeekly]

8. Celebrity chef Guy Fieri will be taking his talents to Times Square this fall. Food Network's Diners, Drive-ins, and Dives star has come up with an innovative dining concept, called Guy's American Kitchen and Bar. In the words of Guy himself, this place is gonna be "kewl!" [Eater]

9. The Bowery Diner will now be serving food 24/7. Mathieu Palombino's pricy eatery has slowly worked out the kinks during the last few months, and is now ready to take on the late night NYC food crowd. From now on if you want a tasty $17 dollar lobster sandwich at 4 in the morning, you know where to go. [Gothamist] 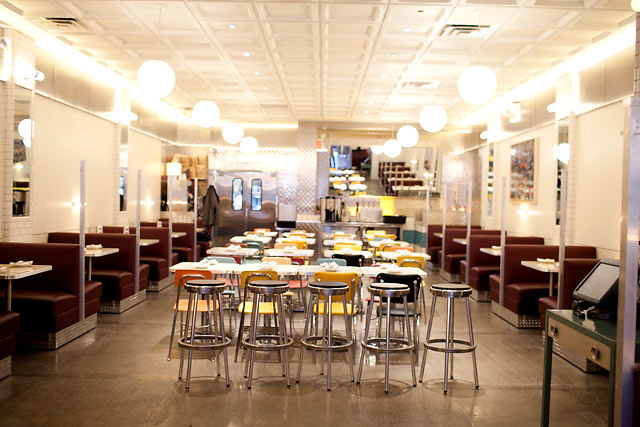 10. The Upper East Side is quietly becoming hip again. The NYC nightlife scene is always very cyclical, and it appears that the once written-off Upper East Side is back on the rise. The rent value is undoubtedly appealing, and with the resurgence of desirable establishments such as Jones Wood Foundry and City Swiggers, JG Melon, and the Pony Bar, it's easy to understand why more and more people are reconsidering the area. [Observer]

11. HOLA tequila park tequeria to open this summer. The restaurant will be located at Hudson on W 58th street. [TequilaParkNY]