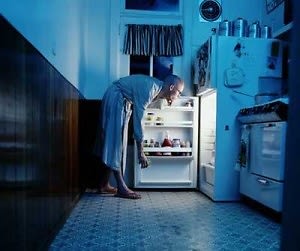 Zagat released the results of its 2010/2011 NYC nightlife survey today. And through no fault of the company's own, the results make us as sleepy as the respondents. We're all poor, and the city's moribund bars and clubs aren't helping us forget it. Let's draw some conclusions from the findings.

New Yorkers are strapped for cash, mourn that fact In their apartments. It used to be that there was no better place to drown you sorrows than the nearest dive bar. Now, New Yorkers hobbled by the lingering recession are too broke even to cry into a crappy domestic beer bottle. A whopping 38% of responders said they're going out less now than they were a year ago. 40% said the weak economy was keeping them bedridden with depression, while 38% claimed to scrutinize drink prices more closely than before. Zagat found that people go out 1.8 nights per week on average, down from 2.3 nights ten years ago. 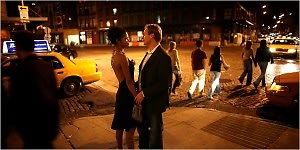 New Yorkers who do go out play it safe. When locals manage to pull themselves away from a Friday night Real Housewives marathon, they're too weary to break new ground. Or dance. The trusty, rusty old Meatpacking District topped the list of best nightlife neighborhoods, followed by the Lower East Side and the East Village. Once there, New Yorkers are likely to plop themselves down at a mellow lounge (15% listed lounges as their venue of choice) or, oddly, a restaurant bar (13% cited restaurant bars, typically the domain of hungry saps waiting for a table, as top destination) before letting loose at a dance club (7%), dive bar (6%) or "speakeasy" (5%).

New Yorkers Are Kinda Clueless: Throwing decades of hard-earned wisdom to the wind, New Yorkers forgot that weekend nights are for amateurs and B&T, as 49% crowned Friday or Saturday as the best party nights. (38% cited Thursday as prime drinking time.) 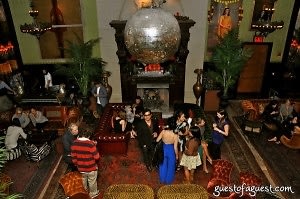 New Yorkers like tourists and, like tourists, are nomads. Locals once scorned hotel bars as a distinctly L.A. thing. New Yorkers prided themselves on knowing where to go to avoid the clueless herds in from flyover country (or, frankly L.A.) struggling to piece together a night on the town. This year, two out of the top five newcomers (Jane Ballroom, Ace Hotel Lobby--lobby!) are hotel venues. Also, a mere 32% of city people stick to their neighborhood when they paint the town red. Which I guess means no New Yorkers live in the Meatpacking District, Lower East Side or East Village.

Now, it could be (read is) that the type of people who log their nightlife rituals and report back to Zagat don't constitute the most cutting edge or frequent nocturnal revelers. But Zagat's findings still offer a rather depressing take on the current New York scene.

That said, some things never change in the city that, if it doesn't sleep, takes long naps: despite drinkers having thinner pockets, the average price of a libation has soared to nearly $11 from $7 when the survey kicked off in 2000. And only 36% view midtown as a viable nightlife destination.