The Eldridge to be reopened as the less swanky EastBridge, Theater Bar now open for booze-laden drama, Paramount Bar brings vintage class to Midtown, Williamsburg gets its very own alt-movie theater, Mason Dixon fights back against Seventh Precinct and more. Today's nightlife round up is all about the new.

1. The Name Of The New Eldridge... [BoweryBoogie] 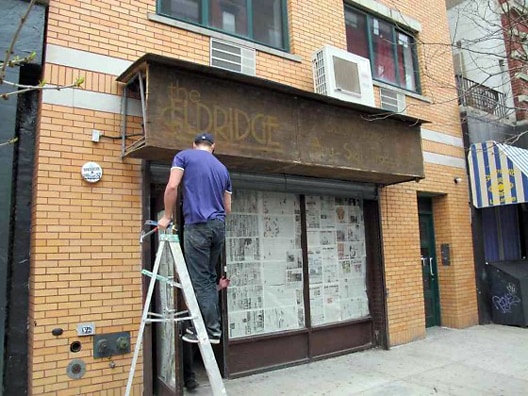 Sean Hughes, dude who would like you to think he is a model, bought the Eldridge last month from Matt Levine for some $300k. He plans to open it next month with the new name, EastBridge. The space has been gutted and they have added new furnishings with the

"hope to create a more 'relaxed' neighborhood atmosphere that isn’t obnoxiously exclusive. Drinks will be modestly priced, but there won’t be a tap; nor any velvet ropes."

Be sure to also check out: [Daily Style Phile: Sean Hughes, The New Owner Of The Eldridge Space] 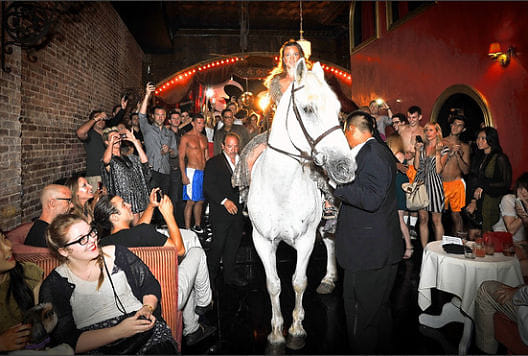 Apotheke's Albert Trummer has finally opened his long anticipated Theater Bar. The space is outfitted with red velvet curtains, banquettes, and even has a secret passage, accessed via password, that leads past the kitchen and behind the stage to the VIP area.  There is also-as the name might suggest-plenty of performance related gimmicks. There is an in-house illusionist, and the bartenders are supposedly a show in and of themselves.

The drinks will be expensive, but this place sounds like a good time. There have been previews and parties going on since last year, one of which was a Studio 54 themed bash for Libby Keatinge where she rode in on a white horse. 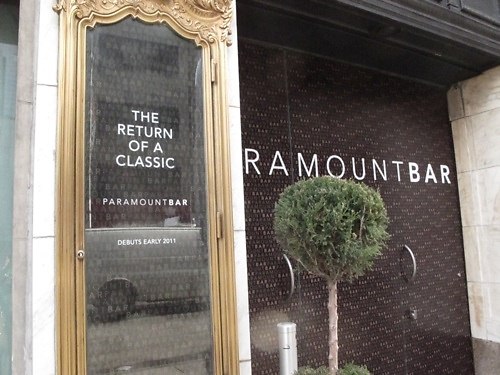 Between Lavo, the Lamb's Club, and now Paramount Bar, midtown is actually hot. The latest offers up classic cocktails on 46th Street and features crystal chandeliers, velvet, and female empowerment in the form of a series of all-women Djs. 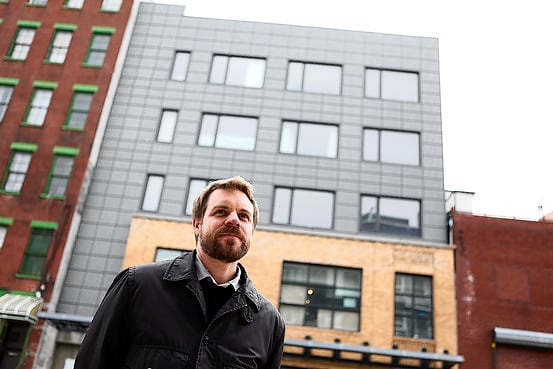 Nitehawk Cinema in Williamsburg (formerly called The Metropol) is set to open this May. Located in hipster mecca, this won't be your typical Regal-styled, mainstream theater. There will be LED on the facade, dining tables for every two seats, and food specific to whatever movie's being shown. Theme night!!!! There will also be a separate bar/restaurant  and oddly, nine rental apartments upstairs. I for one, wouldn't want to live there but can't wait to go. Tickets are just $11. 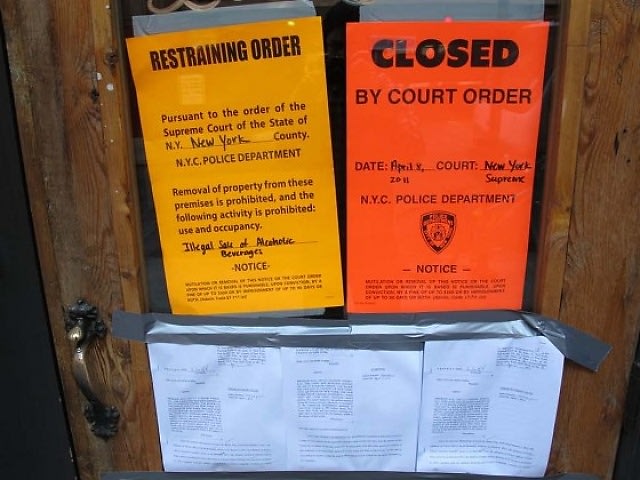 The LES's Mason Dixon and Los Feliz, both owned by Rob Shamlian, was shut down for underaged drinking, but they say it never happened. The Seventh Precinct simply has it out for them. A bartender has written into Gothamist:

Without sounding overly pedantic or dogmatic, the root of the situation is class based. No one was complaining ten or fifteen years ago when bars began to open in the area precisely because they anchored real estate value, brought revenue in the form of commerce (whether retail or culinary), created a safer neighborhood, and essentially opened the floodgates for mass gentrification (tragically). Now the same folks benefiting from all this have decided to turn the tables and punish the very establishments that made this possible.

Supreme Court Justice Richard Velasquez had reopened the Flatbush nightclub Temptations after ruling that the testimony of seven NYPD cops who helped close it was "lacking in credibility." In 2007, the club filed a federal civil-rights lawsuit alleging it was illegally being targeted for harassment by the NYPD. Looks like they were telling the truth. 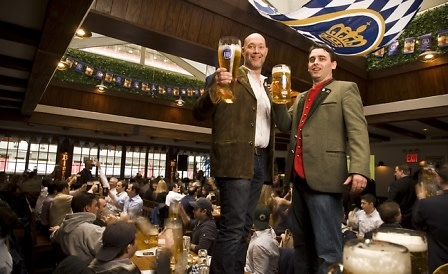 Eataly is opening a rooftop brewery, The Standard's beer garden is perpetually packed, the Bohemian National Hall is set to open and the South Street Seaports Water Taxi Beach is soon to become a beer hall. New Yorkers can't get enough, but why? Crain's thinks it the recession...or craft beers.

"Some New Yorkers may be drawn to suds over other drinks these days because of the recession. A pint costs about $7, compared with $10 or more for a glass of wine, or $12 and up for specialty cocktails. Beer experts say the bigger reason for the growing popularity of the beverage, along with that of the European-style gardens that serve it, is the rise of craft beers. Last year, the nation's craft brewers—defined as small breweries that are independently owned—sold 12% more beer to bars and restaurants."

8. Smokes Being Sold Out Of Connecticut Ice Cream Truck [Gothamist] 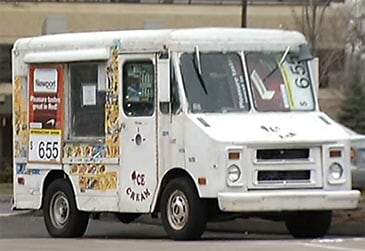 Wow. You can't hold a cigarette smoker down. While not exactly fighting the man, they are bending the rules and figuring out ways to get around the ludicrous $12.50 price of a pack. A gas station on the border of New York and Connecticut has placed an ice cream truck selling smokes on the Connecticut part of its property. And yes, there have been confused children, but I am pretty sure that they weren't sold any goods from Joe Camel in lieu of a Flinstone's Push Pop.

9. Max Azria Continues To Party With The Ladies [Page Six]

Designer Max Azaria is pulling a Lohan. He was seen partying at 1Oak surrounded by Asian models. He's married but was seen out last week at Avenue getting a lap dance.