Bryant Park will not be getting boozy this season; more problems for Painkiller; Bruno Mars double fists at SL; a list of bars that open at 8am and more! Today's nightlife roundup will be out to the break of dawn!

1. There Will be No (Legal) Booze During Bryant Park Movies [DNAInfo] 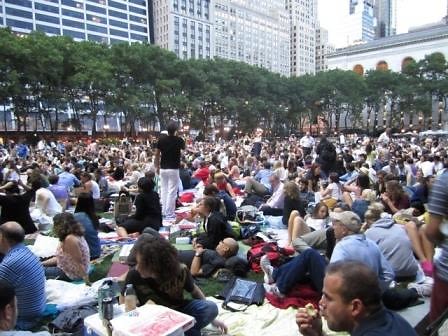 Hopefully, you didn;t throw away your flask.  The Bryant Park Corporation has nixed  its plan to sell wine and beer at the park during its 2011 summer movie series. Why? Puritanical park's partners yanked their support for the plan at the last minute.

They are still trying for next season. All is not lost! 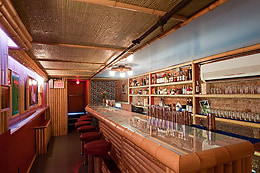 Painkiller is on serious death watch at the moment. Currently embroiled in a ridiculous lawsuit with an over-litigious rum company, they were shut down last night by the DOH.

3. The Early Rising Alcoholic Guide To Places That Open At 8am [TheFeast] 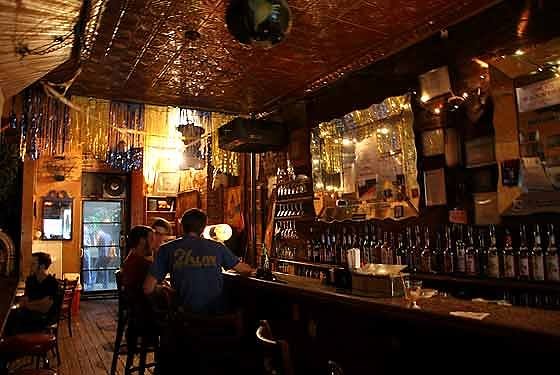 The Feast has a list of places that open at the crack of dawn, purportedly (since they do not condone irresponsible drinking) for those who would like a glass of wine after they get off their jobs on the late shift. If you are doing this before your morning commute: this is not normal. Seek help, go to AA.

For those not getting off the late shift and who don't wake bleary eyed with a craving for pinot or whiskey, a number of these places are good in the evenings. International Bar is probably the cheapest dive you're going to find in the city and perfect for a shitfaced night of revelry. 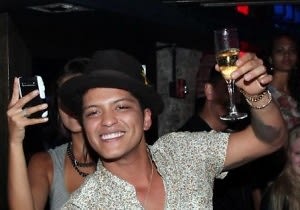 Nine-time Grammy award winner John Legend celebrated his sold-out summer concert with Sade Tuesday night by hosting his official concert after-party at SL in the Meatpacking District. Joined by friends Bruno Mars and Jared Jeffries, Legend dined at Abe & Arthur's before hitting the party around 1:00 a. m. Wrapping up the night Legend took to the mic to congratulate Mars on all his recent success.