Happy St. Pat's! The details on parties, parades, playlists, McSorely's and dogs in green-themed costumes. Plus much much more! EMM Group gets (allegedly) screwed by Vikram Chatwal, Ne-Yo parties at Greenhouse, the World's Fastest Bartender, and other important nightlife news. Jump on in.

1. Happy St. Patrick's Day!  We've got all your needs covered. 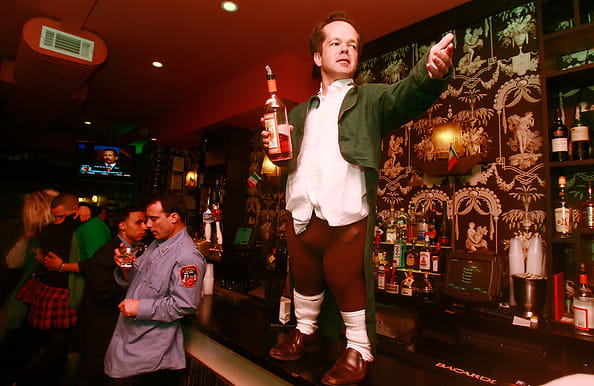 Where to get your drink on. All the parties and places. [GofG]

Stuck at work and dying to know what is going on at NYC's oldest Irish pub? Both Eater and The Feast are liveblogging McSorely's. [Eater] [@TheFeast]

A guide to the Parade. [NYP]

If you are looking to go a little more high fashion today than a "Kiss Me I'm Irish" tee, Opening Ceremony is featuring a ton of adorable and quirky green pieces. [OpeningCeremony]

Get the party going with a playlist.The Top 10 St. Patrick's Day Songs. [AOLMusic]

And finally, because dogs in uncomfortable costumes looking adorable are perfect for any holiday: dogs dressed for St. Pawtick's Day. [DNAinfo] 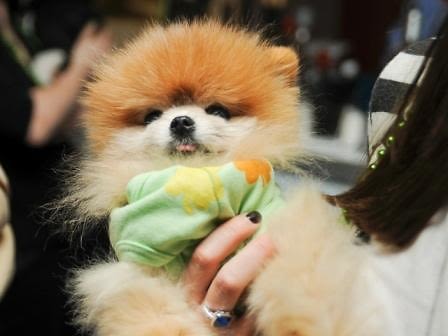 The EMM group, owners of Abe and Arthur's, Tenjune, and the soon to open Lexington Brass, have filed a $30 million lawsuit against Vikram Chatwal's Dream Downtown hotel. The suit claims that EMM had made a deal with Chatwal to operate the Dream Downtown's hospitality spaces. The space, which included a rooftop pool and club, was given to Strategic Group before any paperwork was signed.

"The Emm partners claim they completed designs and hired architects to work on the pool deck, rooftop lounge or a 12th-floor bar. Emm's lawyer, Richard Roth told us, "They assured us we had the deal, but they were secretly negotiating with Strategic the entire time. Chatwal suddenly went silent, and then we learned through sources we didn't have a deal. We had an entire cast of people working on plans, and in the meantime, unbeknownst to Emm, their knees were cut off. It's our belief [Chatwal] took everything we did and used it."

Sheldon Wiley, a bartender at Riff Raffs on 26th and Park earned the title of Fastest Bartender in the World from the Guinness Book of World Records on Sunday at an event at The Empire Room. To do so he had to make 1,043 drinks in one hour using at least four ingredients and without making the same drink twice.

4. Hangovers Are Worse As We Get Older [MSNBC]

Hey old people, put down that Jack and coke. You, as you probably already well know, are going to feel like shit tomorrow. And with each day that goes by and the years pass, you're hangover will just keep getting worse. It has nothing to do with endurance or tolerance.

"The critical enzymes for breaking down booze are somewhat diminished in efficiency as we age," says Jim Schaefer, an alcohol metabolism expert and an anthropology professor at Union College in Schenectady, N.Y. 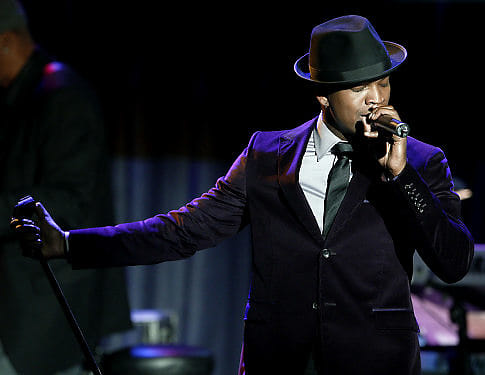 Ne-Yo knows how to do it VIP style. He hit Greenhouse on Tuesday to celebrate his role in Battle: Los Angeles. He ordered 20 bottles of Moet & Chandon Champagne for his crew of 30, which included Fabolous and Ryan Leslie.

6. What’s With All the Fernet-Branca? [GrubStreet] 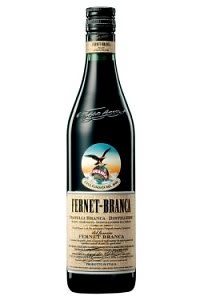 The Italian bitter liqueur has been popping up at NYC restaurants like Macao and Marea. Discover the history and what this stuff is.