James Franco is opening a secret bar, Kayne West performs at The Standard for free, and Armin Amiri tries to snipe doorman Disco for Mr. H? Get the low-down on nightlife today. Let's hit it. 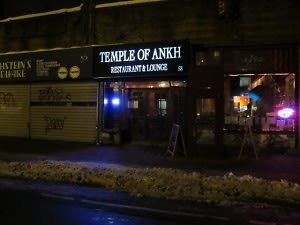 Temple of Ankh all set...almost.

"At the moment, the Egyptian nightspot is functioning solely as a glorified cafe since their liquor license is reportedly still in the works. In fact, ownership has yet to appear before Community Board 3; they were last on the SLA docket in November, but never showed to pitch the venture." 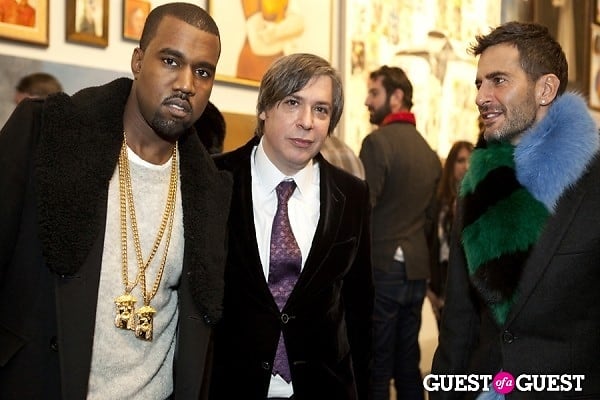 "Kanye West paid a favor to artist George Condo on Saturday by performing at his daughter's sweet 16 party for free...The 'Runway' rapper performed a 30-minute set on teh third floor of the Standard Hotel...West later showed up at club Avenue at about 2 a.m. with Kid Cudi, and listened to DJ Sam French play tracks from West's new album."

3. Will doorman Disco being working with Armin Amiri at Mr. H.?[NYPost] 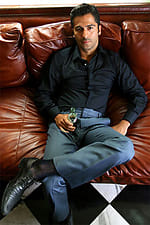 Legendary doorman Disco is celebrating the birth of his third daughter and seems to be taking some family time. The big guy used to be the commissionaire in front of Bungalow 8 and worked most recently at Travertine and XIX. But Armin Amiri told the Post he's in talks with Disco about the possibility of having him work at his new bar in the Mondrian Soho Hotel that is allegedly called Mr. H.

4. Is intelligence valued in socialite set, or is it just style and money? [Vanishing New York] 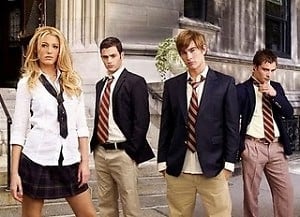 Jeremiah's Vanishing New York has a smart post about Whit Stillman's new movie Damsels in Distress and the attention it calls to the debate of silver spooner complacence and the earned respect intelligence garners.

"Nowadays, you might wonder whether there is anyone left on Park Avenue whose fortune antedates the second Reagan administration. New money is so loud and so insistent that old money has either slipped discreetly away to ancestral hideouts or has, as it were, gone native. Metropolitan, which looked like a perverse bit of daring in 1990, today seems like an artifact from an earlier century."

But then he splices in the profound thoughts of today's Gossip Girl.

"There kids are not the brightest bulbs, nor do they value the intellect. They say things like: 'He texts me every night before he goes to sleep, it's so sweet.' And 'You know how torturous it is for me to find shiny things that aren't intended for me.' And 'I think that whore may be my mother.'

In a world of "High Society" and the Kardashians' newest arrival, "Kourtney and Kim Take New York," the evidence is striking. 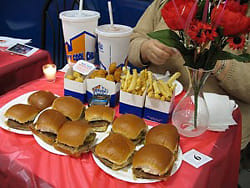 "If wooing your lady with a romantic night of wine and chocolates by White Castle-scented candlelight just isn't romantic enough, it may be time to splurge for the real deal. White Castle's annual Valentine's day dinner is accepting your reservations now, and the New York dinners seem popular already. The line was busy when we called to inquire about locations! (Bring a roll of 20s to, ahem, grease the maitre d). 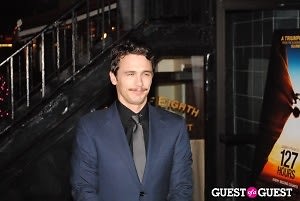 "Franco, who is also nominated for Best Actor (in 127 Hours), reveals to Canadian show etalk that he will be capping off the evening by hosting--and performing at--an ultra-exclusive after-party at very special place."

It turns out he's taken a stake in a new venue and plans to moonlight there later in the evening.

Could he be pairing with Kalup Linzy?

Remember when we caught him singing "Asshole" with Franco at the Rob Pruitt Art Awards at Webster Hall?