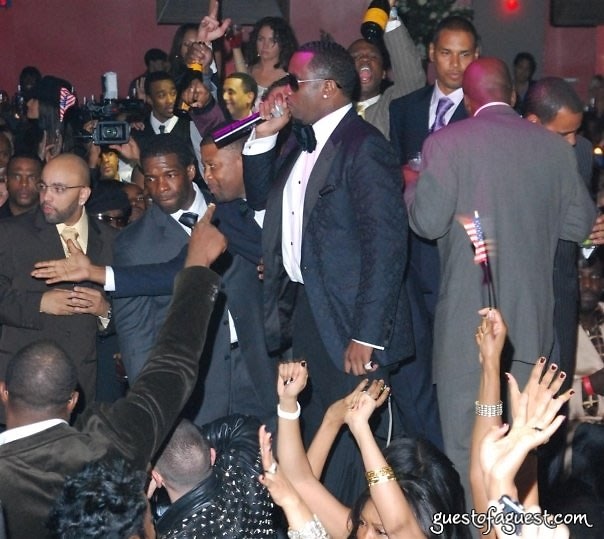 This week we heard the devastating news that Marc Jacobs followed many others and canceled his Christmas party. Thankfully, we had other things to keep us upbeat:

We were thrilled to be honored with a nomination for best nightlife blog by Paper Magazine for their annual "Best of NYC Nightlife" awards.  Please go and vote for us and tell your friends!

Speaking of voting, every eye around the world was watching as the votes poured in on Tuesday night to determine who our 44th president would be.  With the presidential election came loads of parties to attend to and celebrations on our city's streets.  We also found out what some of the top NYC socials reactions were to the Obama victory.

Diddy turned 39 in style with a mega birthday bash at Mansion.

We took a last look at some Halloween parties including Noah Tepperberg's Halloween bash at Lucky Strike Lanes, and an EXCLUSIVE sneak peak of what Mary Kate Olsen was for Halloween at the Accompanied Literary Society's party at the newly opened ultra-exclusive lounge, Rendezvous in the basement of Bagatelle.

We also peaked inside the Halloween party at the newly redone Cain: LUXE,

followed some NYC socialites around town for their Halloween extravaganzas,

listened to Nick Cohen rock it out at the Hudson's Halloween party,

and thought Ben Watt's Heroes and Villlains party at the Morgans Hotel was a rocking success!

Our #1 pick was Halloween at Rose Bar where more than just a couple of noteable New Yorkers showed up in costume.

We have dubbed Sunday nights as the new Saturdays and are naturally continuing the trend as we speak.  Look forward to our recap tomorrow!