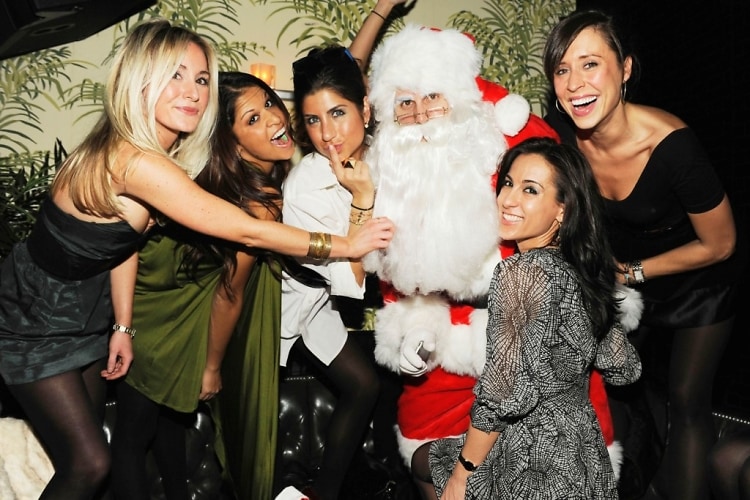 NYC Has been covered in snow this week, and no, we're not talking about that white powder you find at The Box.  With holiday parties galore, restless travelers stuck in the city, and temperatures plummeting, we kept busy with one of our most eventful weeks of the year.

First and foremost, our own Guest of a Guest holiday party at Bungalow 8 was a huge success.  It was just like old times....except that it was 8 pm at night and the booze was free.

There were many other holiday parties we covered this week including:

The Do Good Feel Good Holiday party at Southside with an after party at "The North Pole" turned into quite the rager, keeping do gooders partying well into the morning hours last Friday.

Susanne Bartsch got "Crazy for a Cause" at her Annual Holiday Toy Drive which took place at newly opened Greenhouse and brought out guests like Marc Jacobs, Amanda Lepore, Richie Rich, Patricia Field, Debbie Harry, and Dita von Teese.

The Eldridge was the place to hold your holiday party this season it seemed, as both the "Make a Difference NYC" Organization (providing toys to under serviced children) and Thrillist held their holiday parties there.  Matt Levine was present at both, spreading tidings of comfort and joy. 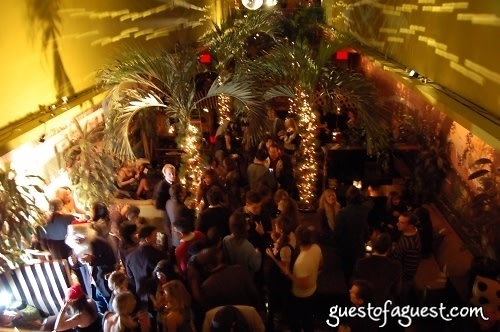 Kol Design and BoConcepts teamed up once again to throw their Annual Holiday Party with some male models in Santa hats and underpants.

UrbanDaddy held their annual holiday party at the former Real World house (632 Hudson) where they were stacked with four stories of blazing fireplaces, jazz and Johnnie Walker.

My "It" Things hosted the fashion blogosphere elite for an intimate event celebrating the winner of the "it" holiday dress contest.

Several "guests" came to our "Guest of a Guest Tree Trimming Party" with ornaments in tow to help us decorate our tree.

Style Caster, the mega fashion site that is going to change the fashion world, held their Holiday party at The Randolph on Broome street.

The Witness Black Tie Holiday Masquerade Party brought the city's prettiest people dressed up in their finest.  It made for some good looking photos.

Our letter from a reader entertained us with tales of one man's quest for the perfect night out.

The ASSME (American Society of Shitcanned Media Elites) held a party to "sustain and inspire this beleaguered professional subclass" at Ella. 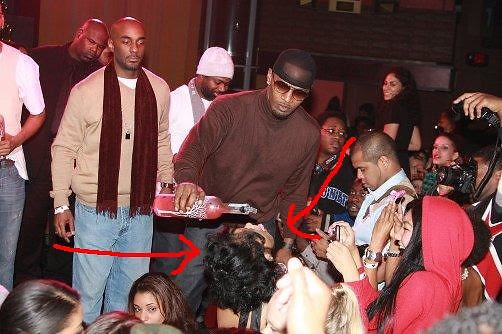 Jamie Foxx celebrated the release of his new album "Intuition" at Home on one night, and his birthday party at Mansion on another.

Southside may have officially gone back to being the neighborhood bar it started as, Bella's.  The people rolling around on the beer soaked floor were the clue that helped us come to this conclusion.

Marquee defied odds and made it to see it's 5th Year Anniversary Party.  It has been deemed "the  hottest club in the known universe" by the post, and seems to be hoping to stay that way.

Liam McMullan is one busy kid. Double booked with party hosting obligations, television shows, and editorial columns, we think he needs to slow down for a bit.

Steve Lewis gave us the scoop on the newly remodeled Webster Hall, it's "a real old school nightclub experience with tons of stuff happening all at once in different rooms."

Some Beatrice Inn regulars got together to help Rory Guinness with his latest video.

Finally, the thing that brought us the most joy this week, was looking over the photos from this years SantaCon in NYC. Ho! Ho! Ho!

That's it for us this week, Happy Holidays and we'll see you next year!!!!